STEEL PULSE may have explored various styles of music since they started out in 1975, but when it comes to the message, the UK’s Grammy – Winning reggae band has remained close to their roots. The Group have continued their commitment to fighting injustice, educating the masses, and promoting positive messages through spiritually uplifting music.

“We just can’t ignore the politics, because every life and soul that’s born on this earth is a political manoeuvre for someone, at some stage”, Hinds explains. “From a spiritual aspect, it’s really an upliftment through facing reality – what’s out there. We deal with positive spirits. It means putting aside the guns, the drugs and all of the things that are ailments of society – especially the black communities right now”.

STEEL PULSE have always taken their causes to heart, filing a $1 million class action lawsuit against New York City’s Taxi & Limousine Commission. The group charged that cabbies refused to pick up blacks and Rastafarians throughout the streets of New York. 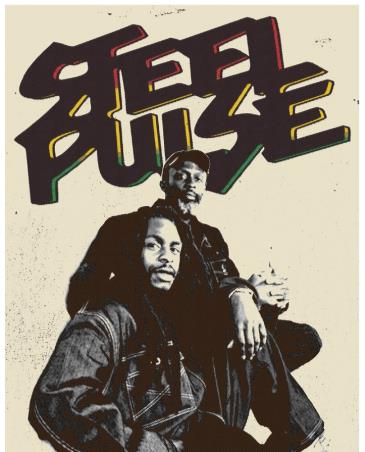