Processing...
Tickets
GA tickets will be available at the door for $23

Doors are at 7pm

World-renowned guitarist Stanley Jordan has developed a new live show called “Stanley Jordan Plays Jimi.” This is a tribute show, but it’s not pure imitation. Instead Stanley builds on Jimi’s legacy in a creative way. As Stanley explains it, “This is my fantasy Jimi Hendrix concert if Jimi were still alive and playing today. By re-imagining his music and channeling his persona I try to bring that fantasy to life.”

It may be surprising that Stanley Jordan would take on a project like this. After all, Stanley is already a well-known guitarist with a signature style, four Grammy nominations, a cameo in a Blake Edwards film (Blind Date), and a host of TV appearances over a long career including Jimmy Fallon, David Letterman, Jay Leno and Johnny Carson to name a few. But Stanley explains, “I feel a strong connection to Jimi Hendrix because he was the first guitarist I emulated as a child. Out of love for Jimi and his music I feel a strong desire to try to keep his legacy alive.”

Another important aspect is the embodiment of Jimi’s persona. Stanley actually steps onto the stage as Jimi Hendrix so there is a theatrical element to the show. But this is not a comedic caricature nor is it a theatrical play – it’s a concert. It’s a concert built upon a sincere and heartfelt effort to recreate the jaw-dropping experience of witnessing Jimi Hendrix live while at the same time bringing Jimi’s legacy up to date in a believable way. Wow! Tall order to fill–no? That’s why you need a world-class artist of Stanley Jordan’s caliber to pull it off.

Caleb Henry is a Country Rock, and Americana artist from the Wild Wild West of California, with a brand new album, "California Mistake," set to release in 2020. Henry's music focuses in on his real life experiences of love, loss, and things to come. Backed by his loyal gang of musicians known as "The Customs,"  Caleb Henry and The Customs go from town to town turning every stage into an energetic, heartfelt home for those who like to live on the wild side. 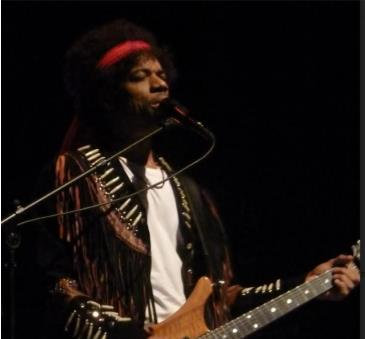