So who exactly is this guy who sings songs for the soul? It's none other than Kenneith Perrin. The singer/songwriter who loves to inspire; entertain; and energize his audiences? This smooth velvet voiced singer/songwriter/entertainer is best known for his inspirational pop/soul styles and delivering passionate and high energy live shows. With his latest single, “Free”, Kenneith's notable eclectic blend of gospel, pop, soul and dance weaves and warms it's way into the hearts of fans and new listeners alike.

Throughout the course of his musical career, Kenneith Perrin has won over the hearts of music lovers from all walks of life. Performing at a variety of venues, making dozens of appearances and continuing to record new singles, Kenneith Perrin has been earning the admiration and affection of fans since 2000. He is the 1st IMMGA- Inspirational Music Multi-Genre Artist: Singing and songwriting multi-genres with a pop-soul-dance focus.

Kenneith has been fortunate to perform all over the world, including Czech Republic; Cayman Islands; Germany; and the United States. Stateside, venues have included: Whiskey A Go-Go in Hollywood, California; Vinyl Center Stage in Atlanta, Georgia; and the Sunsphere in Knoxville, Tennessee.

In addition to his newly released third studio album, Blind Oblivion, Kenneith is thrilled to kick off the Blind Oblivion 2022 Tour in January. Venues will include a variety of events and venues including, but not limited to: corporate events; wedding receptions; birthday parties; churches; civic clubs; colleges & universities; theaters; festivals and concert halls.

"Whether it's performing with my full band; trio; or to a backing track, I always enjoy connecting with the audience on many levels. It's truly a genuine way of affirming why I  love what I  do."

Darien Bernard is an LA-based independent pop artist whose music blends pop with elements of electronic and R&B music. Darien is heavily inspired by nostalgia and memories when he’s making music and pulls influences from Ariana Grande, The Weeknd, Dua Lipa, Troye Sivan, Rina Sawayama, and Charli XCX, just to name a few. He started releasing music in 2019 when he was signed to his college’s record label and moved to LA shortly after graduating, where he started writing and collaborating with other local artists. Darien’s new single “Run It Up” is out now and he’s excited to share it with the world and explore what’s next.

Sultanthegiant is a Chicago-based artist who primarily creates R&B/Pop. Born and raised in Chicago, Sultan began making music at the age of 15 where he would go to different YOUmedia centers all around the city. His ability to really hone on a subject matter and be emotionally raw is his trademark writing style. Sultan focuses on the "feeling", he allows himself to really drown in the emotions that have shaped his decisions and shaped who is he is. He pulls musical influences from the styles of Brent Fiayaz, The Weeknd, Lucky Daye, Tems, and Jorja Smith. Sultan's new single 'Stand Up One Mo' Time' drops on November 29th and he hopes you enjoy it. 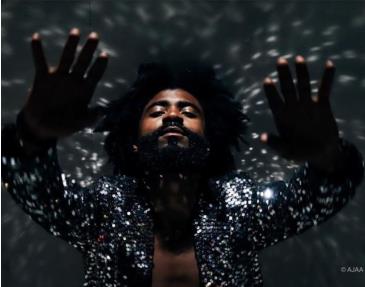 Show Map
View 6010 W Pico Blvd in a larger map
We use cookies to provide you with the best experience possible. By using See Tickets, you accept our cookie policy.
Accept
ftr1:1.0021