TOO YOUNG TO DIE TOUR

Sizzy Rocket became the sneering face of 21st-century alt-rock thanks to her viral 2016 electro-pop-punk seducer, “Bestie”, an unapologetically profane paean to turning your BFF into one with benefits. It’s easy to hear her corrupting influence on the songs she’s penned for artists like Blu DeTiger, Noah Cyrus, Bea Miller, and Hey Violet. A seasoned touring artist, she has opened as direct support for Lauren Sanderson, Shamir, and KITTEN on major nationwide tours and performed on the Main Stage at San Antonio and Grand Rapids PRIDE. She challenges what it means to be a pop artist in 2021 with her DIY approach, poetic and unapologetic lyricism, and her genre-blending musicality that takes influence from punk, hip-hop, and beyond. She released her sophomore album, Grrrl, in summer 2019 — clocking in at #19 on the iTunes Top Alternative Albums chart — and self-booked a sold-out US tour with TV star chloe mk as support. Her recently-released third studio album ANARCHY (which peaked at #16 on the Alternative Album charts and Top 50 in overall genre charts) explores her own personal chaos and dives into her punk roots for an artful experience unlike anything she’s released before.  The accompanying ticketed livestream - ANARCHY: COME TO LIFE - brought fans together for a virtual performance art experience, live from an abandoned theme park. This past March, she tapped up-and-comers UPSAHL and Mothica for remixes of the fan-favorite album tracks for The Bitch EP. With her latest underground covers mixtape, TOO YOUNG TO DIE, released to her ravenous cult fanbase via text message, it's clear that Sizzy Rocket is poised for rock stardom - and she's just getting started.

Los Angeles songwriter-producer Troi Irons has released her new LP flowers, the album independently. flowers, the album melds the rock of Paramore with the confessional stylings of Julien Baker but through the lens of a Black woman raised in a strict and sheltered Orthodox Christian home. The oppressive views and unspoken definitions of femininity within her surroundings shaped her identity to believe that femininity and sexuality did not accept her. Through a long road of searching that included leaving home at 17 and a homeless stint that led her to work any job she could to survive, Irons again found religion — this time, though, following her own interpretations of its meaning. Completing high-school via homeschool at the age of 12, Troi enrolled in college to complete a degree in psychology by the time she was 16. A few stints on majors proved that this out-of-the-box act was in a lane of its own. flowers, the album finds her going indie and fully in stride with her self produced sophomore album. 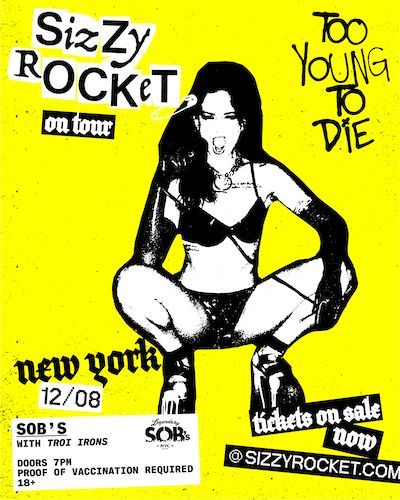