Shaun of the Dead

This Month's Featured Film: Shaun of the Dead

NO proof of vaccination is required for entry to this show. Click here for full details. *Subject to change. Mask wearing is at each person's discretion but may be required based upon City of Philadelphia mandates.

About Shaun of the Dead

Shaun of the Dead is a 2004 zombie comedy film directed by Edgar Wright. The film was written by Wright and Simon Pegg, who stars in it as Shaun. Along with friend Ed, played by Nick Frost, Shaun is caught unaware by the zombie apocalypse; they attempt to take refuge in a local pub with their loved ones. The film co-stars Kate Ashfield, Lucy Davis, Dylan Moran, Bill Nighy, and Penelope Wilton. It is the first installment in the Three Flavours Cornetto trilogy, followed by Hot Fuzz (2007) and The World's End (2013). 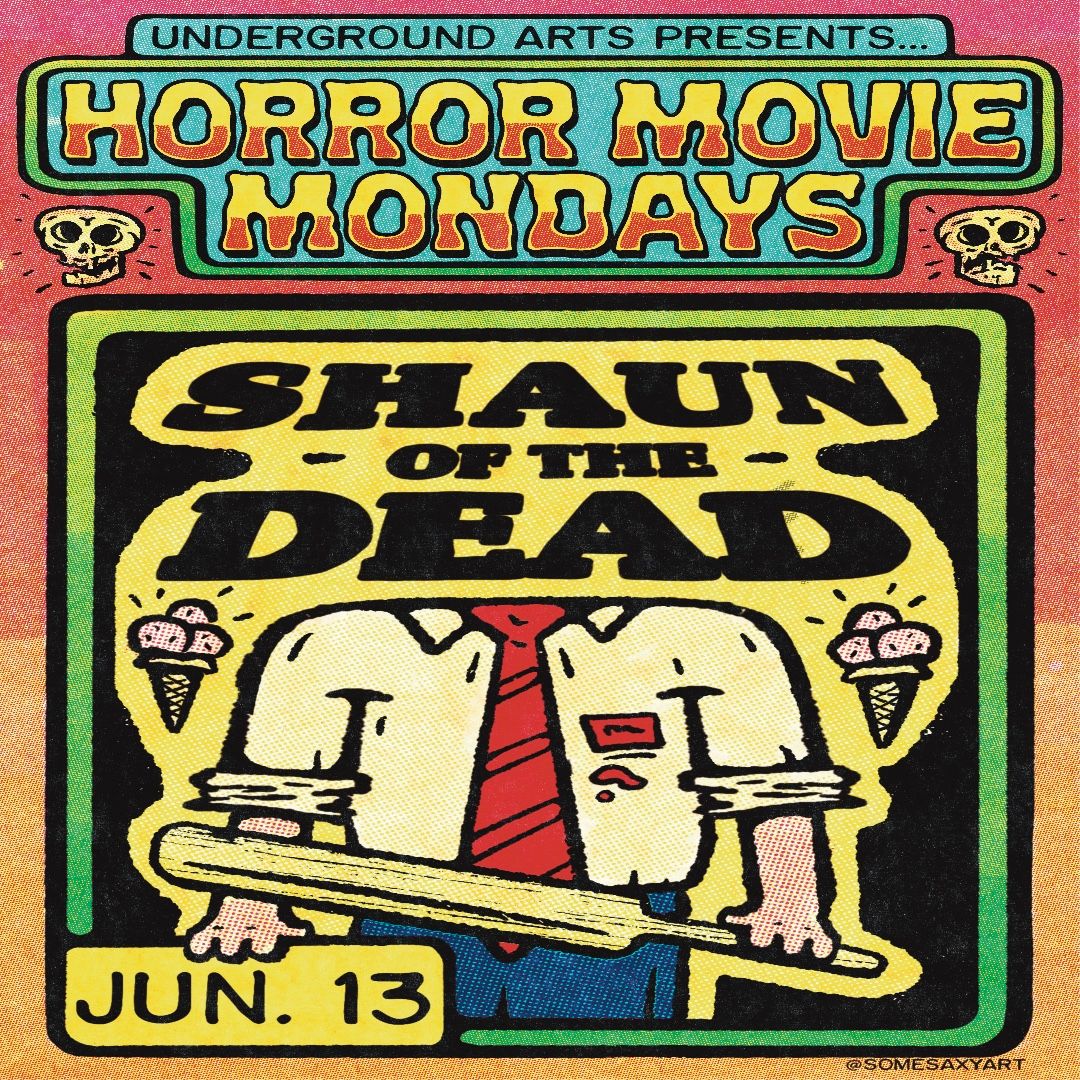 Show Map
View 1200 Callowhill St. in a larger map
We use cookies to provide you with the best experience possible. By using See Tickets, you accept our cookie policy.
Accept
ftr1:0