With over 7 million followers across his platforms, Scotty Sire is a recording artist and digital creator. His second studio album “What’s Going On” released in September 2019, landing at #9 on the iTunes Pop Charts. This was followed by a 30 city headline tour in partnership with Live Nation. His Alternative-Pop / Hip-Hop brand of music has a sense of humor, yet unexpectedly ironic, reflective, and dark. Scotty’s music illustrates angst in today's more real form of social anxiety, depression and other issues of mental health that are prevalent in today's young adult culture.

Scotty initially rose to fame and built a following on Vine and later transitioned his content to YouTube, where he has amassed over 390MM+ on his YouTube channel alone. His content varies from music videos and live performances to lifestyle and comedy vlogs. In addition to his own produced content, Scotty regularly appears in the Vlog Squad, led by internet sensation David Dobrik. His constantly expanding fan base regularly looks to him for funny light-hearted content but also sees him as a role model, who openly shares his struggles and embraces his mental health issues. He has worked with a number of top brands and has been featured in publications such as Billboard, AdAge and People Magazine.

BRUISER a.k.a. Bruce Wiegner is a triple threat producer/songwriter/artist born and raised in the suburbs of Philadelphia & transplanted to Los Angeles, CA. Bruce grew up on pop, rock, pop punk, hip-hop and everything in between which gives his music a deeply unique sound. Always striving for honest and emotional lyrics, all of his songs come from a real place. He has written & produced songs for artists like Katy Perry, Fletcher, Jana Kramer, Scotty Sire, Set It Off & a ton more.﻿ 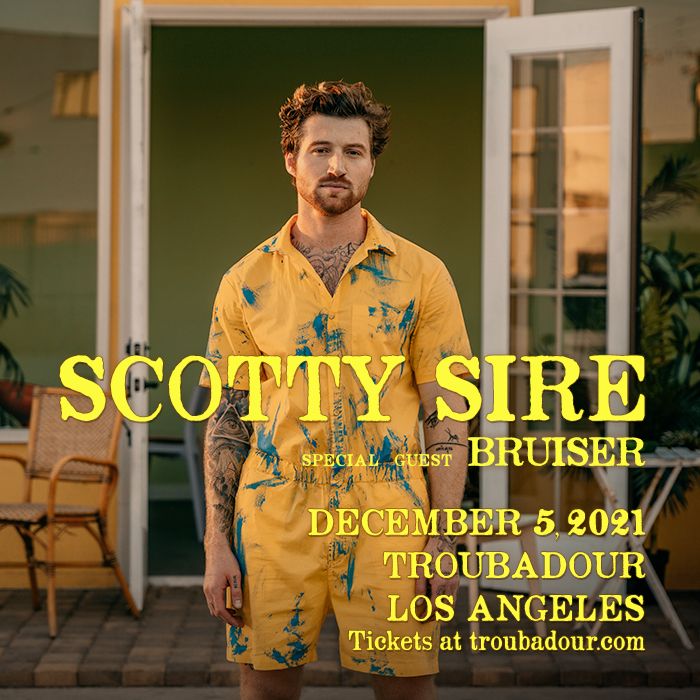