ABOUT:
Stand-up comic Scott Capurro, a San Francisco native, is known for his confrontational and controversial yet thought-provoking comedy.

He won the prestigious Perrier Award for his first one-person show, Risk Gay, at the Edinburgh Fringe Festival. He's also been seen on Comedy Central, and heard on Alice 97.3.

He's also a veteran actor, with credits ranging from playing Harvey Fierstein's boyfriend in Mrs. Doubtfire to voicing half of the two-headed podrace announcer in Star Wars Episode I: The Phantom Menace. 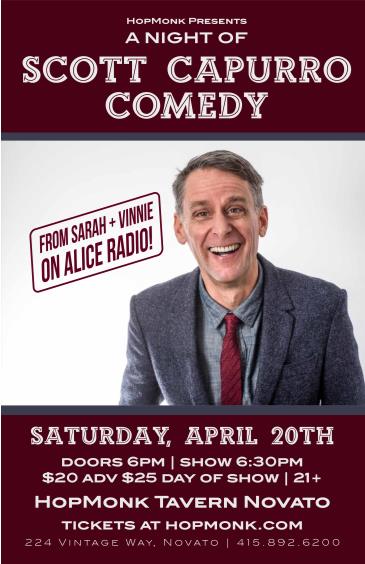