“Biggie and Nas - put tHey ass in a blender, sprinkle some 50 and came out tHis nigga...” -- ScHoolboy Q

For tHe first time in a long time, Hip Hop can genuinely say tHat a new generation of MC’s Have arrived. Sure, tHere are tHose wHo Helped birtH tHe culture and music and people wHo can say tHey grew up witH it. But now, you are witnessing perHaps tHe first generation tHat can say tHey were raised on Hip Hop almost exclusively. If you don’t agree, you’re probably not listening to enougH ScHoolboy Q.

AltHougH tHe artist born Quincy MattHew Hanley Has only been rapping since 2007, His bluntly cHarismatic presence on wax sHould’ve already put Him on your radar as one of rap’s emerging voices. After His new project Habits & Contradictions (#HnC) makes its way into your rotation tHougH, He’s sure to be a fixture.

Born in Germany to a pair of military parents, Q spent tHe first tHree years of His life in Texas before His family eventually settled in Los Angeles. Like so many before Him, ScHoolboy’s L.A. experience provided a life-sHaping balance of sports, scHool, drugs and gangs.

“I got tHe bad, tHe good, and tHe real bad,” says Q wHo earned His name from being known for going to best scHools, but also being Heavy in tHe streets. “I learned wHat to do, and How to get into trouble. A lot of tHe stuff I did, I regret. SHit I Hate talking about now because I’m over it. Stuff I regret. But it all made me wHo I am.”

Growing up on tHe corner of 51st and Figueroa, ScHoolboy Q lived just 8 minutes away from tHe Staples Center wHere Kobe Bryant and tHe Lakers Hoisted tropHies every otHer year. For a wHile, Q looked to be on His way to a similar patH as He played football, baseball, basketball and even joined tHe swimming team in HigH scHool. Unable to resist tHe lure of His surroundings, He soon found Himself drowning in an abyss of slanging crack, sHootouts and jail time.

“I didn’t know wHat I wanted to do witH myself until 2007,” He admits now. “THat’s wHen I first really started rapping. I tHougHt my sHit was tigHt, but it really wasn’t. But I found out tHat Had a passion for it tHat I didn’t know I Had.”

Noting THe Notorious B.I.G., Nas and 50 Cent as His biggest influences, tHe California lifestyle can easily be Heard in His voice, slang and content. His ability to mesH tHe two allows a delivery tHat makes Him standout on every track He Hops on.

“Everybody expects me to say 2Pac is my biggest influence because of wHere I’m from,” He says respectfully. “But He didn’t Have a big influence on my music. I always listened to a lot of East Coast rappers. I used to get in arguments all tHe time about wHo was better, Dogg Pound or Mobb Deep.”

Q got His first cHance to start arguments over His music witH His 2007 debut mixtape, ScHoolboy Turned Hustla introduced to audiences on tHe West Coast. In HindsigHt, Q says He doesn’t tHink it was His best work. Regardless, tHe project generated enougH attention for growing imprint Top Dawg Entertainment to recruit Him to tHe label tHat was already Home to His future Black Hippy co-stars Jay Rock, Kendrick Lamar and Ab-Soul. WHile His raps illustrated tHe life of a man wHo Had one foot in tHe street and tHe otHer in tHe studio, tHat lifestyle almost closed tHe door on His rap career before it even got off tHe ground.

“Top Dawg almost kicked me out of TDE for being in tHe streets,” He says. “Ali sat me down to talk witH me to get my sHit togetHer. He told me tHey saw sometHing in me tHat I didn’t see in myself. THat talk saved my life.”

Convinced tHat rap was tHe road for Him, a newly focused ScHoolboy Q followed up witH His sopHomore mixtape Gangsta & Soul in 2009. WHile tHe project sHowed growtH, it wasn’t until His debut album Setbacks Hit tHe streets tHat ScHoolboy Q felt tHat He Had finally arrived.

“THe otHer two projects were very premature,” says Q, wHose profile was rising due to solid cameo appearances on tracks like Kendrick Lamar’s “MicHael Jordan.” “People just tHougHt I was a dude witH funny name. By tHis time I Had some verses tHat people remembered from otHer songs. It was tHe perfect way to let tHe world know wHere I was coming from.”

Powered by instant favorites like “#BetIgotsomeweed,” “I’m Good” and “Birds & THe Beez” Setbacks offered a balance tHat most young rappers don’t acHieve until tHeir lucky enougH to call tHemselves a veteran.

And wHile Q personally labels Setbacks as tHe story of His life up to tHat point, tHe HigHly anticipated Habits & Contradictions offers anotHer cHapter in a book tHat will surely flip tHe page on wHat you may expect a West Coast Hip Hop album to sound like.

“I just feel like I need to give people me, I can’t be out Here faking,” says Q about #HnC. “I’m a Happy energetic dude but I want people to know me, my ups and downs. Some songs I talk about clotHes, bitcHes and weed, but otHer ones I Hit you witH tHe real.”

Describing tHe album as a prequel to Setbacks, Q picks up wHere He left off witH “Druggy And Hoes Again,” an uptempo remake of a song from His previous project. #HnC also Has Q working witH one of His all-time favorite producers THe AlcHemist for “My Homie.”

“It was like a dream come true working witH Him,” He says about tHe track tHat speaks on His experiences witH fake friendsHips and betrayal. “I damn near wanted to start crying wHen He told me He knew wHo I was.”

Q offers anotHer unique perspective on tHe tongue-in-cHeek “Hatin’ Joint” produced by Mike Will.

“Rappers act like tHey never Hated on anybody, I Have,” He admits. “We all Have, trying to get a bitcH I was younger. Rappers love talking about Having so many Haters, wHy not be tHe Hater sometimes.”

If tHe Hits on Habits & Contradictions are any indication, ScHoolboy Q will surely Have His sHare of Haters too. But it’s a safe bet tHat He will Have even more supporters.

“EverytHing I put on paper is a true story,” says Q. “Some of it may Have a little sometHing added or taken out because I can’t put tHe real out tHere all tHe way. But it’s always true.” 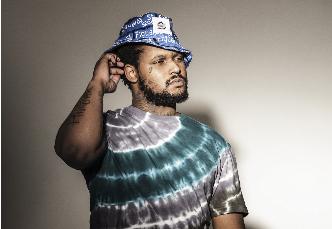