Covid Policy: We ask all Neighborhood Theatre patrons to follow the current CDC guidelines when attending an event at our venue. *If you are sick or test positive for Covid-19, isolate and do not attend any public events. *If you were exposed to Covid-19 and are not up-to-date on Covid-19 vaccinations, stay home and quarantine for at least 5 full days after exposure.

Thank you in advance for helping keep Neighborhood Theatre as safe as possible during these difficult times.

In addition to the early success that the band has had with their recordings, they have also found a home on the road. The band has performed in 15 countries on three continents and averages over 150 shows in a typical year, making the group one of the most sought-after live performance experiences.  Their high-energy shows have captivated audiences around the globe, making this eclectic group a must-see at venues and festivals alike. 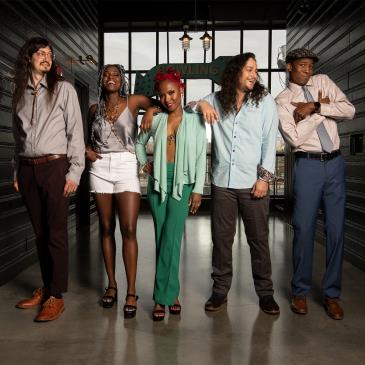