Sir Chloe is the band Dana Foote formed during her senior year at Bennington College in Vermont, where she put on a concert in lieu of a thesis. Originally comprised of guitarist and producer Teddy O’Mara, Willy Giambalvo on drums and bassist Pixel West, the group now includes Dana’s brother Palmer Foote and Austin Holmes.Together, they began to flesh out Dana’s songs, developing a sound as much inspired by The Pixies as Stravinsky.

Foote’s musical background is eclectic: she taught herself guitar using Mel Bay books before taking up the piano, the mandolin, the accordion and the harmonium. At Bennington, she and O’Mara formally studied music theory and composition. She crosses her more traditional rock touch points with the intimate songwriting of contemporaries like St. Vincent, Lianne La Havas and Andy Shauf. Her academic training shows itself, too: she cites Igor Stravinsky, Sofia Gubaidulina, Claude Debussy and Béla Bartók among her influences. https://youtu.be/K10vU6bli3A

The son of a pastor, Luke Wild grew up a skateboarder in Tampa, FL. He began playing piano at five, guitar bass at 12, and performing in gospel bands at church (and then throughout the Southeast) during his teenage years. The now 25-year-old found his way to Los Angeles by way of Tennessee and Atlanta. By the time he landed in California 3 years ago he already had a decade of experience in the studio producing and engineering recordings for trap rappers.  That experience added another element to what was already percolating for Luke with regards to his own songwriting and the end result is an artistic vision that is all his own, one where he aims to be as expressive and free as possible. https://soundcloud.com/luke-christian-wild 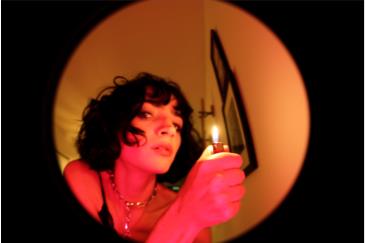