The Beatles - Sgt. Pepper's Lonely Hearts Club Band
With a little help from his friends.

Played in its Entirety LIVE to commemorate the 55th Anniversary of Sgt. Pepper's.
Featuring members of: Ryan Oyer Band, Cosmic Shift, Somersault String Ensemble, Premier Jazz Orchestra & More.
We're Sgt. Pepper's Lonely Hearts Club Band
We hope you will enjoy the show.
Singer/songwriter Ryan Oyer was raised on the sounds of the 60's British Invasion and 90's Britpop. This prolific writer has released 5 albums and 3 EP's in just over a decade. Just last year he released "Rise & Shine” & It's his most honest album to date. 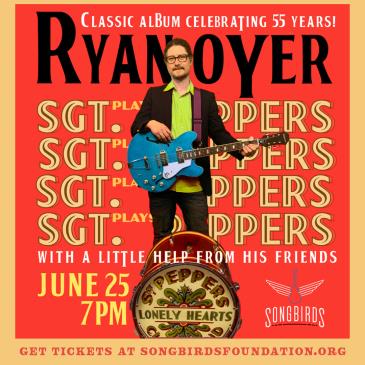