Upgrades DO NOT include general admission, which must be purchased separately, unless otherwise noted in the ticket description.

This event is outdoors and takes place rain or shine.

All General Admission Tickets are Standing Room only

Ryan Bingham's music defies classification with folk, blues, country and rock n roll all part of the recipe. It's authentic and powerful and the songs are rooted in real life - in survival and sacrifice and, yes, sometimes just having a damn good time. Nobody making music today has a voice like Bingham’s, one that has the worn and weary character of an old fighter more than twice his age but the power of a young man. It’s an intoxicating mixture that reaches new levels with the support of his talented band. Bingham is a singer-songwriter, not a product, and his latest studio album American Love Song movingly shows how the overarching theme of the personal and communal American existence can encompass triumph and tragedy from one moment to the next. 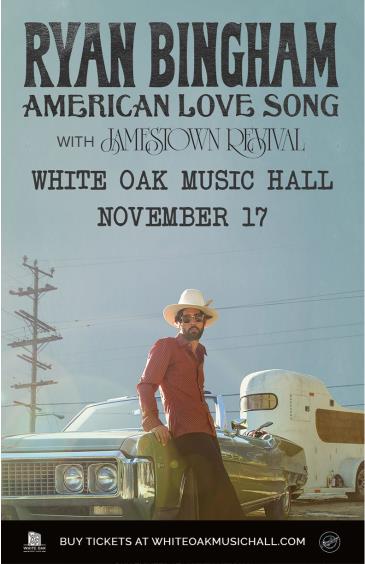