Oxford U.K.’s A Silent Film has amassed a grassroots following epic live shows and a string of radio hits:  ‘You Will Leave a Mark,’ ‘Danny, Dakota & the Wishing Well,’ and ‘Harbour Lights.’  The band now returns with their new single, ‘Tomorrow’ and a new EP entitled New Year.
Recorded in a rustic studio on a pecan farm just outside El Paso Texas, New Year expands on the cinematic alternative rock of the band’s previous two albums, 2012's Sand & Snow and 2010's The City that Sleeps.
The band returned to the U.S. to record New Year.  "We have a special connection to America. The audience has embraced us here, we feel energized every time we get a chance to pay a visit." The EP was self-produced, in collaboration with Matt Wilcox, and was mixed by The City that Sleeps producer Sam Williams (Supergrass).
A Silent Film retains the record for the longest charting single on SiriusXM's Alt-18 countdown and has toured with OneRepublic, The Temper Trap, and American Authors.  The band has amassed over 5.5 million plays on Spotify, 1.5 million plays on Pandora, and 2.5 million views on Youtube.
New Year will see worldwide release on April 21st, followed by touring and the release of a full-length album later this year. 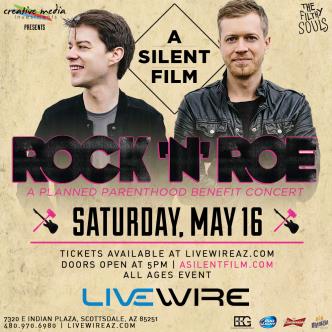