With 2 albums, late night TV credits, and some of America's best comedy clubs under his belt, Tony Deyo is set to headline Saturday night of the Roanoke Comedy Fest. His work ethic and skill as a prolific joke writer have earned him the admiration of audiences as well as his contemporaries. The last show Tony played in Roanoke was for a sold-out room, and we're excited to welcome him back.

For one night only, Comedy Fest executive producer, Johnny Camacho, is hand-picking some of his favorite actors and comics to showcase the art of long-form improv. Camacho has performed thousands of hours of improv, studied in the Upright Citizens Brigade's Advanced Conservatory program, and has worked with some of NYC's best teachers and coaches.

Two very different styles and shows. One killer evening of comedy. This Saturday night at 5 Points Music Sanctuary is *not* to be missed. 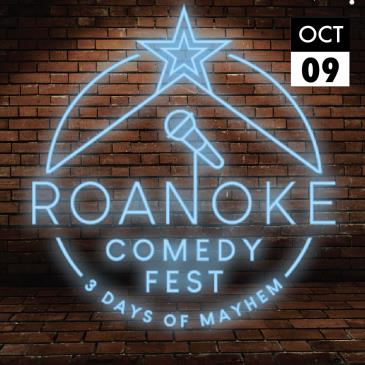