Tickets are not available. You can watch the Live-Stream at twitch.tv/moveforwardmusic, starting at 8pm. ﻿

MUST BE 21+ TO ENTER. ALL SALES ARE FINAL. NO REFUNDS.

Rileyy Lanez is a force to be reckoned with in the music industry. Born and raised in the Bronx, the singer-songwriter wears her heart on her sleeve when it comes to creating meaningful R&B music.

Laya is heavily influenced by the sound of 90’s R&B but she still has a current feel for today’s alternative sound. Her latest single "Sailor Moon" has over 1 million streams on DSPs, and her new single "Bitter", arriving June 12th, is so infectious it is sure to leave some other R&B singers feeling that way.

Nezi originally hails from the Southside of Chicago but moved to New York to pursue her dreams in music. The Brooklyn-based singer counts Whitney Houston, Toni Braxton, Monica and Jazmine Sullivan among her biggest influences. 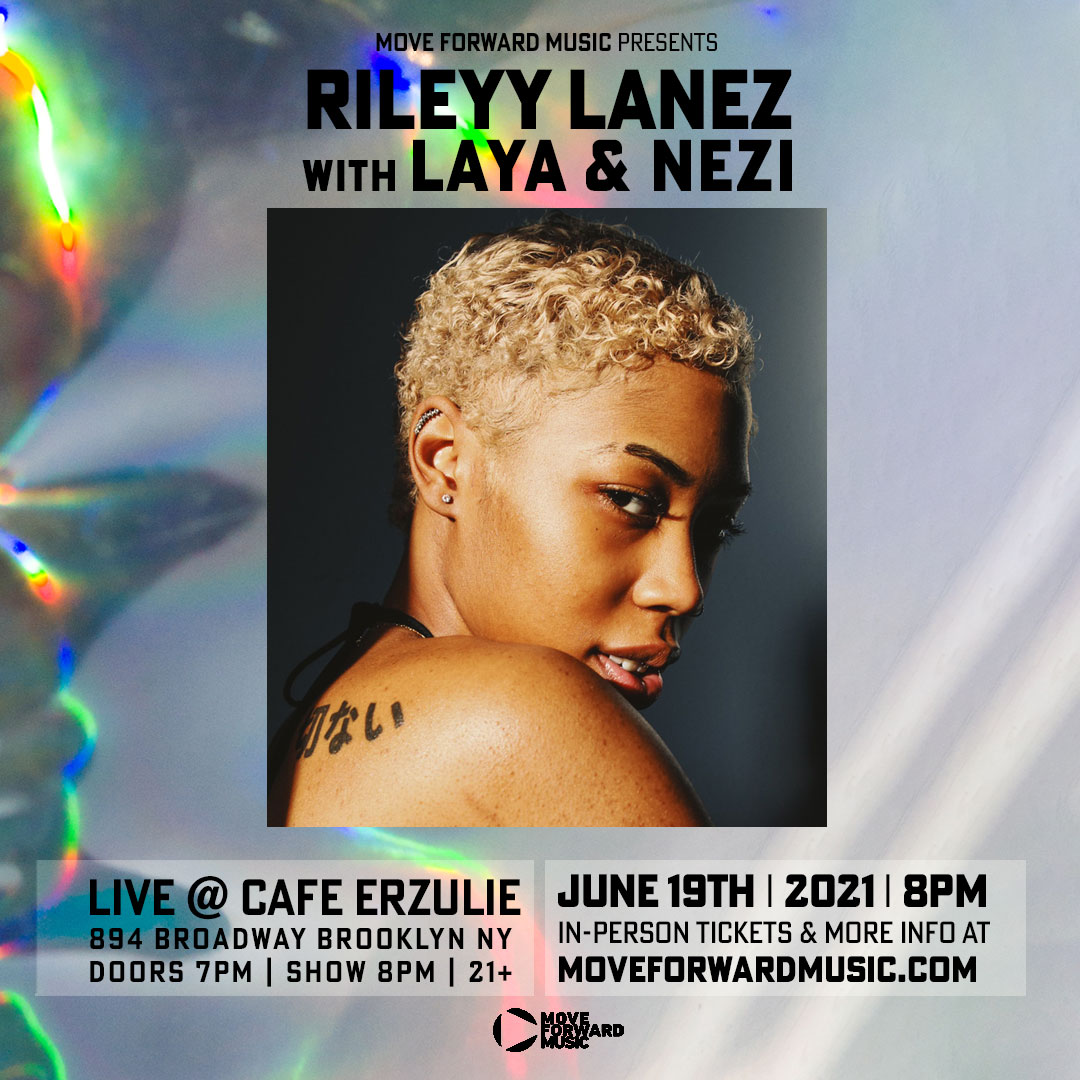