Chien Chien Lu is a vibraphonist, contemporary percussionist, and composer whose Taiwanese upbringing, classical music education, and passion for R&B grooves crystallize into a fresh and distinctive approach to contemporary jazz. Lu’s fierce authenticity and jazz mastery shine bright on her September 2020 debut solo project, The Path, which spent 20 weeks on the Jazz Week Charts Top 20, earned Best Jazz Songs in Golden Indie Music Awards and three Golden Melody Awards nominations, four Golden Indie Music Awards nominations and led to Lu’s being named the “vibraphone rising star” in Downbeat Magazine’s 69th Annual Critics Poll. Lu’s band has also played many prestigious festivals including the Clifford Brown Jazz Festival, and toured extensively in Europe, Asia, and the United States. Accompanied on The Path by an elite cast of musicians, Lu offers a unique, intersectional perspective on modern jazz as a Taiwanese-born woman vibraphonist with a masters in classical music from Taipei National University of the Arts as well as in jazz from University of the Arts in Philadelphia.

In her time as a classical percussionist, Lu has collaborated with composer Ching-Mei Lin and performed her marimba concerto for six-mallet marimba entitled “Pulsing Wave,” performed a solo percussion concert at Taipei Novel Hall, and in 2014, was named “Emerging Young Artist” for her work with her marimba duo at Taipei University of the Arts. In 2015, Lu came to the United States to study jazz vibraphone with Philadelphia’s Tony Miceli, and graduated with a Masters of Music in Jazz Studies from University of the Arts in Philadelphia shortly thereafter. In 2017, she attended the prestigious Banff Jazz Residency under the direction of jazz pianist, Vijay Iye, where she first met jazz trumpeter Jeremy Pelt. From there, Lu began to perform regularly in the U.S. and was invited to join the esteemed Jeremey Pelt Quintet. In the next few years, Lu will continue to record and tour internationally with the Jeremy Pelt Quintet and her own band, and she plans to soon release a project in collaboration with bassist Richie Goods entitled, “Someday We’ll All Be Free.” She’s also recording her sophomore solo project for release in 2022.

NY bassist Richie Goods, one of the most versatile and accomplished bass players on the scene today and the youngest person ever inducted into the Pittsburgh Jazz Hall of Fame, came to prominence while touring and recording with the late Mulgrew Miller and credits him for much of his success. Richie went on to make a name for himself through recording and touring with a variety of jazz and popular artists including Sting, The Headhunters, Louis Hayes and the Cannonball Adderley Legacy Band, Lenny White, Milt Jackson, Whitney Houston, and Christina Aguilera. His lengthy discography also includes Grammy award-winning and platinum albums of Alicia Keys and Common. Most recently Richie toured with popular jazz trumpeter, Chris Botti for over 5 years. Known for his ability to “lay down the groove”, Richie infuses funk and gospel influences in his music. He tours the US and internationally extensively, including notable performances at the Monterrey, Montreal, Mendocino, Atlanta, Rochester, Detroit and Jakarta Java Jazz Festivals as well as the Punta del Este International Jazz Festival.

Richie, a native Pittsburgher, graduated from the Pittsburgh High School for Creative and Performing Arts and the prestigious jazz program at Berklee College in Boston and studied with such luminaries as Ron Carter and Ray Brown. Richie received critical acclaim for his first recording with Nuclear Fusion – “Richie Goods & Nuclear Fusion Live at the Zinc Bar” (2009), which was followed by “THREE RIVERS” in 2015. His current band, THE GOODS PROJECT, is a bit more acoustic but just as funky. "MY LEFT HAND MAN - A TRIBUTE TO MULGREW MILLER", Richie's latest effort with The Goods Project, remained on the Jazz Week charts for 36 weeks, rising to #8 in 2020. As one critic observed, Richie Goods truly has music in his DNA – “a master musician whose tenure with many of music’s greatest names clearly has worn off on him…”

MULGREW MILLER, pianist, wrote this about Richie - "Richie Goods knows about groovin'. He knows that playing music is about feeling. Moreover, he knows that playing the bass is about grooving and...he grooves! He has been a great contributor to my efforts in the recent past. I always refer to him as my fantastic "left hand man". Equipped with a superb musicianship and immense talent, that makes him a very significant man on the scene and in music-making."

WALTER BEASLEY, saxophonist, wrote this about Richie - "Solid, steady, inquisitive, seasoned. These are the words that come to mind when I think about the career of Richie Goods. As a bassist Richie is as comfortable laying down a moving yet anchored bass line on electric as he is playing a nice, well conceived blues solo on acoustic (the gift). He is one of the most sought after bassists in both R&B and traditional jazz, an accomplishment that speaks to his brilliance, tenacity, hard work ethic, and commitment to excellence.. 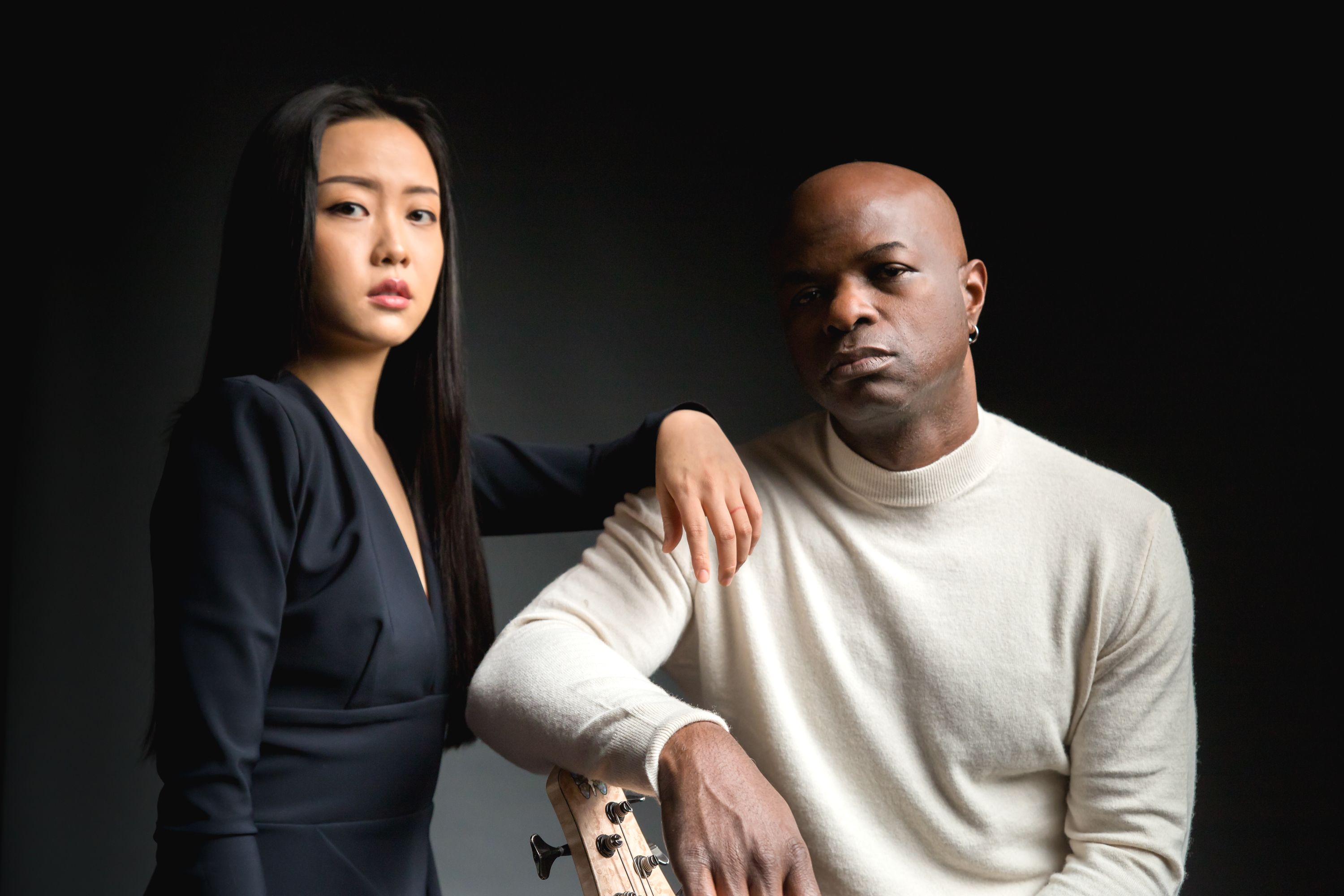