Remember When Rock Was Young - The Elton John Tribute

Almost Elton John is a tribute that celebrates decades of chart topping songs!

Do you remember when Elton John was the Rocket Man of the music charts? Transport your audience to the days of big hair, outrageous clothes and cheap gasoline! Throughout Meyer’s busy career, he was repeatedly approached about his striking resemblance to Elton John and his uncanny ability to sound like the rock and roll legend. Meyer was eventually persuaded to expand his repertoire and began impersonating Sir Elton John. 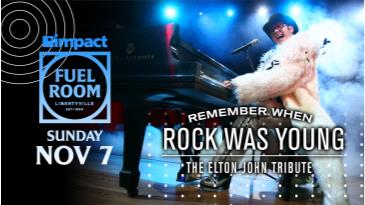