"For the uninitiated, this guy Scrote (I would have to assume this is some sort of alias) organizes a large number of top notch musicians, I mean balls-to-the-wall badass mo-fos, Grammy winners, anyway, because Scrote is the leader and chairman of this ad hoc committee, he is somehow, through sheer force of will, able to get said musical heavyweights to show up all together and at the same time to perform in it's entirety, The Talking Heads album "Remain In Light."  This is no easy task.  The point is that you shouldn't miss this show.  It'll rock your socks off!” - Dan Mojica, owner of Dan’s Silverleaf

Mesmerizing loops and layers that were a sonic counterpart to the visual work of a number of experimental filmmakers that exerted a huge influence, the dense, polyrhythmic textures in "Remain In Light" were a revelation.  Busy, insistent, and psychedelically funky, "Remain In Light" oils all the right joints, but it’s fiercely cerebral, as well.  It operates on so many levels so masterfully that everything about it — the beats, bass/guitar lines, vocals, lyrics, production, song structures, even the humor — seem familiar and elusive all at once.

“The band played the entirety of Remain In Light, beginning to end, but they played it loosely, collaboratively, capturing the soul if not always the letter of the songs. “The value to me,” Scrote later said of the performance, “is ensemble material, where great players can get together and push each others buttons.”  There was plenty of that.  The singers were often engaged in interwoven lyrics, where several refrains battled for supremacy. The guitarists torqued on strings and pushed their guitars to edge of feedback. And the percussionists were always pushing the songs or pulling the reigns, out of reflexiveness more than cue-following. It gave me a sudden and avid appreciation for the Talking Heads, for their extreme funk influence, for their absolute craft. It was arty and it was intelligible and it was heavy and all very good.  The only possible way to generate appreciation for albums decades after their release is to gather musical talent the way Scrote has done and play the thing live, where it’s electricity can fill a room instead of just a speaker.” - Dallas Observer

Among many other things, Los Angeles artist & producer Scrote tours the world with the Celebrating David Bowie show performing next to some of the biggest names in music such as legendary guitarist & vocalist Adrian Belew who famously played on the Remain In Light album and tour with Talking Heads in 1980.  For this performance at Eastside Bowl, Scrote calls on a bevy of Nashville all stars to push and pull this album to life. 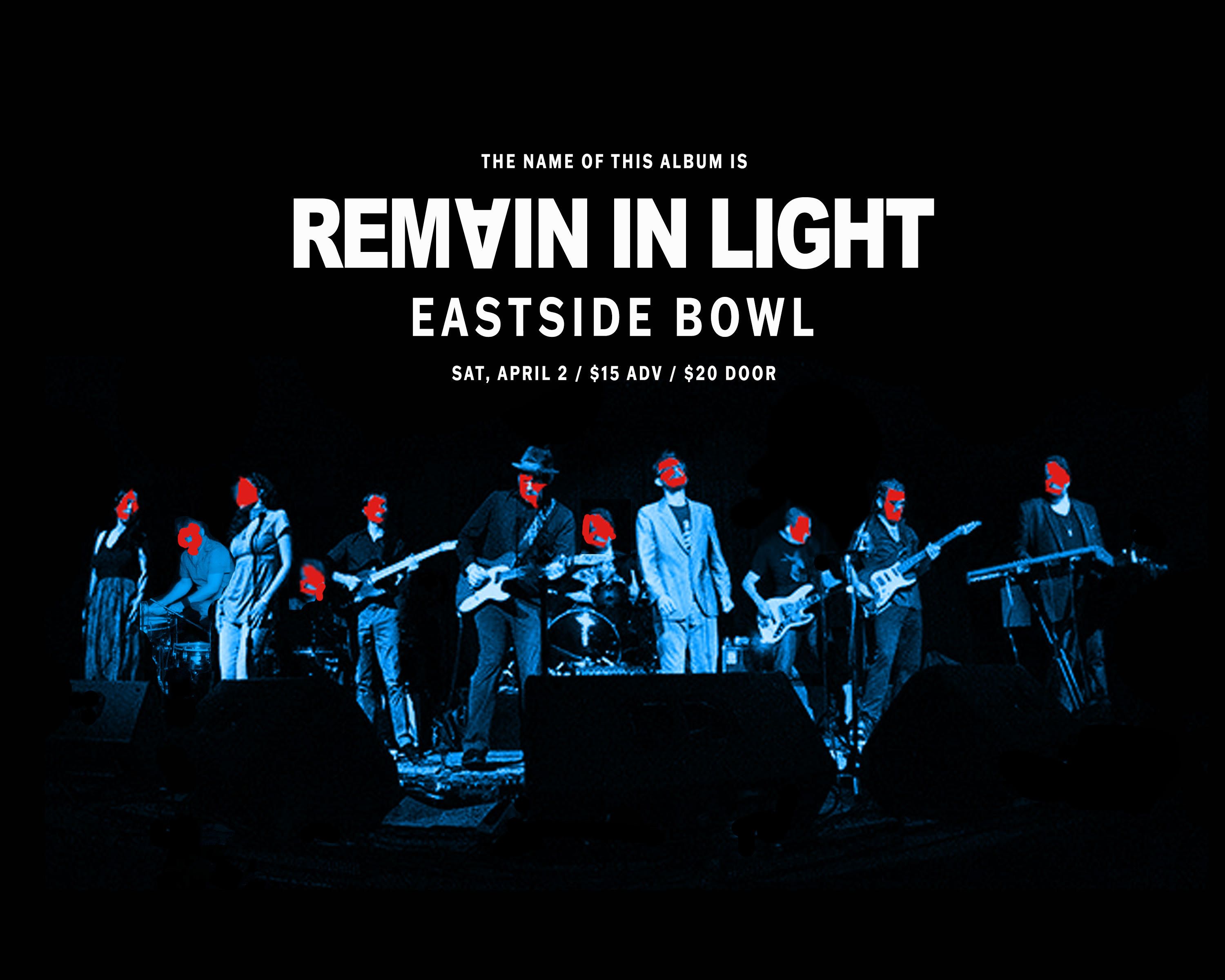