“In every odyssey, there comes a time when you must accept that what you are pursuing is no longer a rational decision,” Scott Terry writes in the liner notes of Red Wanting Blue’s new album, ‘The Wanting.’ “It’s a choice that does not feel like a choice. It is a hunger.”

It’s been more than twenty years since Red Wanting Blue first began their long, strange odyssey, and while much has changed for Terry and the rest of the band over those two remarkable decades, the hunger remains. Like the North Star, it’s fixed in the firmament, a guiding light perpetually out of reach. Hunger has been their fuel, their motivation, their essence. Hunger has steered every step of the group’s extraordinary journey, and now, it’s at the heart of their most powerful record yet.

Produced by acclaimed singer/songwriter Will Hoge, ‘The Wanting’ showcases Red Wanting Blue at their finest, with Terry’s epic, heartfelt vocals soaring above the band’s gritty, driving rock and roll. Alternately triumphant and melancholic, the songs are both muscular and nuanced, equally at home blasting from a car stereo as they are drifting through a pair of headphones late on some lonely night. Though the record draws on many of the band’s traditional strengths—indelible melodies, infectious hooks, explosive performances—the making of it pushed Red Wanting Blue far outside their comfort zone and forced them to take an unprecedented, nearly year-long break from touring.

“We’re a touring band,” Terry explains matter-of-factly. “We’re on the road all the time, so much so that it’s painful when we’re not. When I was younger, I used to get heart palpitations if I was in the same place for more than four days.”

It’s that insatiable appetite for the road that helped Red Wanting Blue establish themselves as one of the indie world’s most enduring and self-sufficient acts. Hailed as “Midwestern rock heroes” by American Songwriter, the band has spent most of their career operating outside of the confines of the traditional music industry, earning their legion of lifelong fans through decades of relentless touring. Over the course of ten studio albums, they brought their passionate, unforgettable live show to every city and town that would have them, blazing their own distinctive trail through the American heartland as they built up the kind of fanatically dedicated audiences normally reserved for arena acts. Along the way, they notched appearances everywhere from Letterman to NPR and climbed all the way up to #3 on the Billboard Heatseekers chart. In 2016, they celebrated with a 20th anniversary retrospective album/concert film entitled ‘RWB20 Live at Lincoln Theater,’ which captured the band in all their glory at a sold-out hometown show in Columbus, OH.

As of 12/9/21, in compliance with Erie County Department of Health Mandates, all patrons entering Buffalo Iron Works must show proof of Covid-19 Vaccination to enter the establishment.

As per county guidelines, indoor entertainment venues that have strict vaccine requirements for entrance, such as Highmark Stadium and KeyBank Center, will not have to require masks for vaccinated individuals under these orders.

We ask anyone meeting any of the following criteria to not enter Buffalo Iron Works:

– Anyone that has tested positive, or been exposed to someone who has tested positive for covid-19 within 10 days prior.
– Anyone that in the prior 48 hours has exhibited any of the following symptoms: Fever or chills, cough, shortness of breath or difficulty breathing, fatigue, muscle or body aches, headache, new loss of taste or smell, sore throat, congestion or runny nose, nausea or vomiting. 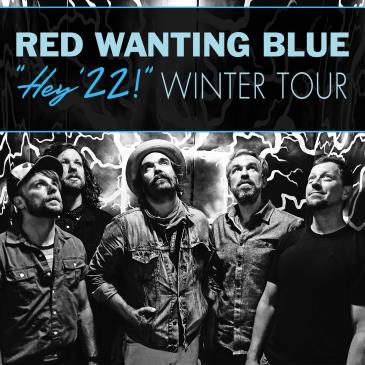