Processing...
Tickets
Online sales have ended but there are still tickets available, first-come, first-serve, at the door.

Hailed as “Midwestern rock heroes” by American Songwriter, Red Wanting Blue has spent the last twenty years establishing themselves as one of the indie world’s most enduring and self-sufficient acts, notching appearances everywhere from Letterman to NPR and reaching #3 on the Billboard Heatseekers chart, all while operating largely outside the confines of the traditional music industry. For their powerful new album, ‘The Wanting,’ the band handed production duties over to acclaimed singer/songwriter Will Hoge, who helped them create their most ambitious, fully realized collection yet. Recorded in Nashville, TN, the record draws on many of the group’s traditional strengths—indelible melodies, infectious hooks, explosive performances—even as the making of it pushed them far outside their comfort zone and forced them to take an unprecedented, nearly year-long break from touring.

Alternately triumphant and melancholic, the songs on ‘The Wanting’ are both muscular and nuanced, with frontman Scott Terry’s epic, heartfelt vocals soaring above the band’s gritty brand of driving rock and roll. The record opens with the rousing “High and Dry,” a feel-good rocker that also serves as something of a mission statement for a fiercely independent group that’s as much a band as they are a family, with Terry singing, “I want to stand on my own two feet again / And when I mess up / That’s when I hope my friends will pick me up.” On “Ulysses,” the band channels early Phil Collins with pulsing synths and larger-than-life drums, while the tender “Glass House” crescendos from a delicate whisper to a triumphant roar, and the dreamy “I’ve Got A Feeling It Hurts” calls to mind the hypnotic drive of REM mixed with a touch of Jayhawks jangle.

“This is really the most collaborative album our band has ever made,” Terry says of the wide range of influences. “It’s the first record where every member contributed to the writing, and I feel like we all matured as artists because of it.”

Over the course of ten previous studio albums, Red Wanting Blue brought their passionate, unforgettable live show to every city and town that would have them, blazing their own distinctive trail through the American heartland as they built up the kind of fanatically dedicated audiences normally reserved for arena acts. In 2016, they celebrated with a 20th anniversary retrospective album/concert film entitled ‘RWB20 Live at Lincoln Theater,’ which captured the band in all their glory at a sold-out hometown show in Columbus, OH.

A timeless rock & roll band for the modern age, Andrew Leahey & The Homestead are torchbearers of an anthemic, guitar-driven sound once held aloft by icons like Tom Petty and Bruce Springsteen.

It's a sound that's taken the Nashville-based Leahey around the world, from sold-out shows in Norway, Mexico, and South Africa to a string of cross-country tours back home. Along the way, his songwriting — hailed by Rolling Stone for its "celebratory mix of sharp storytelling and fist-pumping rock & roll swagger" — has left a unique mark, climbing the Americana Airplay charts one minute with the Top 50 hit "Little in Love" (from Leahey's 2016 debut, Skyline in Central Time) and finding a home on pop/rock radio with singles like "Start the Dance" and "Airwaves" (both taken from his international breakthrough, 2019's Airwaves) the next.

When a global pandemic brought the world to a standstill in 2020, Leahey got creative. He launched a weekly livestream concert series, "Andrew Leahey: Live & Online," from his living room, playing to thousands of viewers every Thursday night and cracking the Top 40 on Pollstar's Livestream chart. He also played lead guitar on Elizabeth Cook's Aftermath, an album produced by Butch Walker and released to widespread critical acclaim that September. Most importantly, he continued releasing new songs of his own, from "Keep the Car Running" — a larger-than-life tribute to the power of the FM radio dial, praised by Rolling Stone as "unrelenting rock for uncertain times" — to the heartbreaking ballad "New Memories (4202 Franklin)," which was inspired by a family member's battle with Alzheimer's. COVID-19 might have cancelled Leahey's touring plans, but it couldn't keep him from moving forward.

As a frontman, songwriter, multi-instrumentalist, contemporary guitar hero, and award-winning music journalist, Leahey knows what it means to push through a life-threatening health scare. During the years leading up to Skyline in Central Time's release, he was diagnosed with a brain tumor that sat on his hearing nerve, jeopardizing not only his hearing, but his survival, too. The operation to remove the tumor took 12 hours; the recovery took more than 12 months. When Leahey returned to the road, he did so with a renewed purpose and perspective, crafting rock & roll anthems that celebrated everything he previously took for granted. Years later, it’s that same sense of purpose — entwined with electric guitars, thick harmonies, and vocal hooks that swing for the fences — that continues to thrive at the center of Leahey’s music.

With a wicked sense of humor, a storyteller’s heart and a sweet nature, Carly Burruss is the epitome of country. Her whimsical, tongue-in-cheek disposition combined with her lilting sound make her the country music singer/songwriter who stands out from the rest. A Carly Burruss show is sure to be one you will never forget as she entertains you with quippy comedy, witty lyrics you won’t forget, and devastatingly relatable heartbreakin’ ballads.

Today, Burruss is a touring country artist who doubles as a worship leader at Passion City Church in Atlanta. Recently, she has joined the boys of Sister Hazel on tour as the opening support artist. Burruss has shared the stage with other profile artists in recent years, including Keith Urban, Ruston Kelly, Ellie Holcomb, Dwight Yoakam, and Kasey Chambers.

Burruss has developed a loyal fanbase on The Rock Boat, a music festival boasting some of today’s finest musicians, and Florida Georgia Line’s “This Is How We Cruise” festival.

Burruss is in the business of honesty and conversation: one song from her feels like sitting down to have a heart-to-heart with your best friend. Her authentic lyrics about God, family, rock bottom, and finally making it up the mountain are the words we all want to sing along to. Her upcoming EP entitled “The Southern Pace EP” signifies a new era for Burruss in which her songwriting reaches the next level. Keeping the cheeky quality we have come to love, she digs deep to reach your soul and your sense of humor.

She would like to thank Dolly Parton and Jesus for making her into the artist and person that she is today. 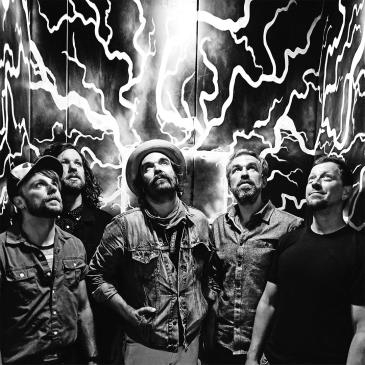