Rebel Souljaz are four close friends born and raised in Waipahu, Hawaii, who embraced their love of music and singing from their early high school campus days to forming the reggae group we know today as Rebel Souljaz. Composed of four talented vocalists, Mike Maglinti, Will Su’a, Andrew “Bubba” Hodges and Tunez Moananu,each with their own unique style, but together creating a harmonious foursome unlike any other recording group.

Their debut effort, Nothing To Hide teamed them up with producer/arranger Imua Garza (Opihi Pickers, Kaipo, Kawao) for a full-blown all original island music extravaganza. With standout tracks like “Darling Angel”, “Nothing To Hide” and “The One”, the music of Rebel Souljaz quickly appealed mainstream island music enthusiasts and lovers of Hawaii’s local island reggae.

They’re keeping the momentum going with their 3rd album Souljaz for Life with several hits singles that have topped the local radio charts including “Play Me Like a Fool”. 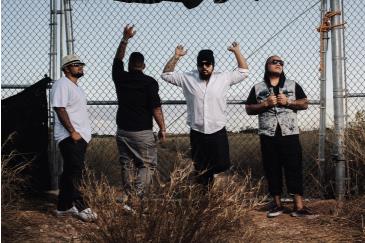