Esteemed singer-songwriter Randall Bramblett is a multi-instrumentalist musician with a career spanning four decades. Highly sought-after for his creativity as both a collaborator and skilled touring sideman, the legendary Georgian’s talent has earned him the respect of his peers and many of rock’s finest luminaries.  He’s shared stages with artists such as Steve Winwood, Bonnie Raitt, The Allman Brothers and Widespread Panic, among others. He’s also a noted songwriter - he penned the title track for the Grammy nominated Blind Boys of Alabama’s last album, adding to a long catalog of songs covered by Raitt, Gregg Allman, Bonnie Bramlett, Hot Tuna, Delbert McClinton, Chuck Leavell and more.   But it’s Bramblett’s own career as frontman where his artistry is truly on full display.

He's recorded 12 albums for labels Polydor, Capricorn (w/Sea Level) and the last seven for New West Records. Deep into his self-described second act of his solo career, and living in Athens, Georgia, Bramblett's talents are repeatedly praised by musicians, critics, DJs and fans.

Guitarist Nick Johnson is truly coming into his own as a rising star. From early days with the Yonrico Scott Band and Col. Bruce Hampton, Nick has been with Randall for 10 years and is seen with many great Atlanta bands and special projects.

“You can’t do better than Randall Bramblett.” Bonnie Raitt

“One of the South’s most lyrical and literate songwriters.”  Rolling Stone

“See this guy? He’s only one of the most original and profoundly satisfying artists around today.” Mike Greenblatt, Goldmine Magazine

“He’s a soulful, poetic badass if ever there was one.”  Marc Cohn 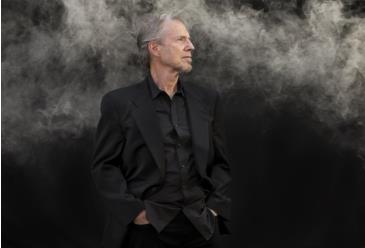