Esteemed singer-songwriter Randall Bramblett is a multi-instrumentalist musician with a career spanning four decades. The Jesup, Georgia native has been highly sought-after for his creativity as both a collaborator and skilled touring sideman.  His talent has earned him the respect of his peers and many of rock’s finest luminaries.  In 1974 he was part of the Gregg Allman Band for his Laid Back album and tour.  In the 1970's he joined Sea Level with Chuck Leavell.  He’s shared stages with artists such as Steve Winwood, Bonnie Raitt, The Allman Brothers Band and Widespread Panic, among others.   He’s also a noted songwriter - he penned the title track for the Grammy nominated Blind Boys of Alabama’s last album, adding to a long catalog of songs covered by Raitt, Gregg Allman, Bonnie Bramlett, Hot Tuna, Delbert McClinton, Chuck Leavell and more.

But it’s Bramblett’s own career as frontman where his artistry is truly on full display and gives him the most satisfaction.  He's recorded 12 albums for labels Polydor, Capricorn and the last seven for New West Records. Deep into his self-described second act of his solo career, and living in Athens, Georgia, Bramblett's talents are repeatedly praised by musicians, critics, DJs and fans.

Pine Needle Fire is the 12th Randall Bramblett album of his storied solo career.  Bramblett says it is “about time passing, or at least grappling with the realization that you don’t have an infinite amount of time left like you think you do when you’re young." 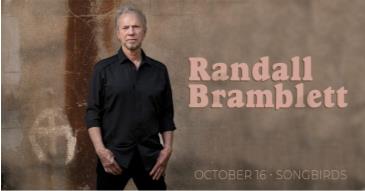