Rain or Shine!!!! No Refunds

Arno spent time on the entertainment scene in France as an actor and songwriter. He began to
explore the world of music festivals and gay circuit parties in 2017. He became the visual
director for LA party brand "GPS" and quickly realized behind the decks and motivating the dance
floor was his calling. Intrigued with playing his favorite tracks and making crowds of people
dance, Arno quickly became known as one of the hottest and most motivated DJs of 2021.

Tommy has been in the business for the last 15 years, being considered one of the most
important and respected DJ’s of the world, and booked every weekend for the last number of years.
He has been in more than seventy cities around the world. In 2015, he was nominated DJ
At “The Week International” one of the best and biggest clubs in the world. He adopts a
modern style, playing high energy songs, with strong beats and drums. He always delivers an
explosive performance, with perfect mixing techniques. As a result, the crowd gets a mix of
excellent music, and an unforgettable experience.

One of the most sought after DJ’s and remixers on the international and US scene. He has
headlined Sydney Mardi Gras, Xlsior Festival Mykonos, We Party Madrid, White Party Palm
Springs, Miami Winter Festival and Europride Rome. He was also part of the DJ line-up of the
biggest pride in the World in New York in June 2019. Danny is sure to have a explosive
performance for all. 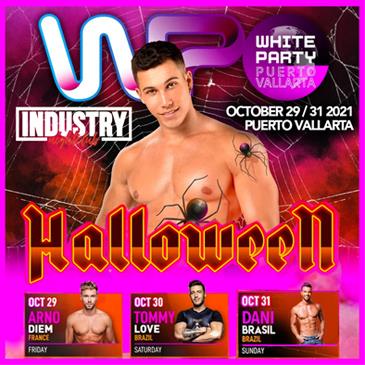 Admission to all of the Industry Nightclubs, Puerto Vallarta,

Show Map
View Admission to all of the Industry Nightclubs in a larger map
We use cookies to provide you with the best experience possible. By using See Tickets, you accept our cookie policy.
Accept
ftr1:0