Electronic powerhouse duo Pegboard Nerds concocted exuberant future bass fit for dancefloors, bright anime, or kinetic video games (a major influence on their visual aesthetic). Their sound -- a little future bass, a little dubstep, a lot of chiptune -- was the inspired amalgam of Alexander Odden (Norway) and Michael Parsberg-Hansen (Denmark), a pair of producers whose stage name is an anagram of their last names. Starting in 2005, they released a string of EPs and remixes, including a pair of collaborations with Splitbreed. A decade into their pairing, they started a campaign in 2015 called Operation Pink Cloud, aimed at ending breast cancer. The Pink Cloud EP featured guest turns from Max Collins, Johnny Graves, and Jonny Rose. 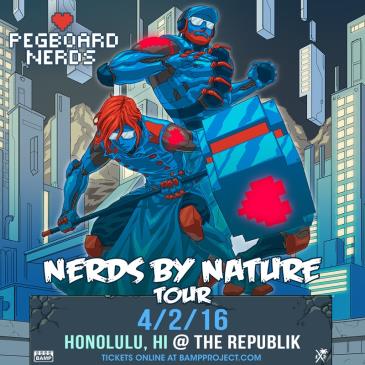