"This is the culmination of my whole life in music, coming back to my gospel roots," says Paul Thorn about his newest album, Don't Let the Devil Ride. "My message on this record is 'let's get together' - I want to help lighten your load and make you smile."

The son of a preacher man, Mississippi-raised Thorn spent much of his childhood in church, participating in multiple weekly services with his father as well as at neighboring African American congregations, where he became entranced with the music whose infectious spirit is captured on the new album.

The album was recorded at three temples of sound: the Sam C. Phillips Recording studio, whose namesake gave another son of Tupelo his start; at FAME Studios in Muscle Shoals, where Thorn worked as a songwriter for legendary producer Rick Hall early in his career; and at Preservation Hall, where horn players from the celebrated jazz venue lent songs a New Orleans vibe.

The new release marks Thorn's first time recording gospel music after a dozen albums in roots-rock mode, though his upbringing has previously been reflected in his creation of a body of strikingly original songs. In his own songwriting, Thorn often addresses the foibles of human relationships, although he doesn't favor the sacred over the profane.

As an accomplished painter, former professional boxer, and seasoned skydiver, Thorn has never shied away from new challenges, but cutting a gospel record was just like going home. 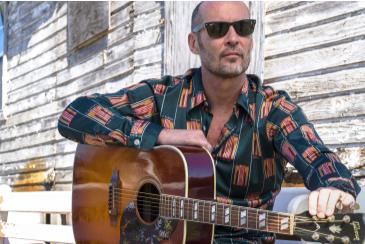