PVRIS, a fusion of electronica and heavy rock, began in 2012. The Massachusetts-based group released their first self-titled debut EP in 2013 and began performing that summer at Vans Warped Tour. They continued to rise in popularity and soon started working in-studio creating their first album, White Noise. In June of 2014 PVRIS signed with Rise Records where they became the first female-fronted act for a metalcore label’s roster. That year they released White Noise. 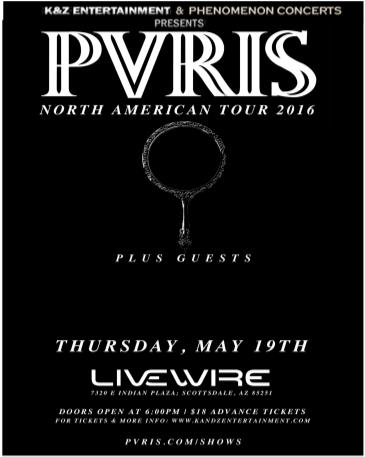