The Get Down presents New Years Eve w.

Ott has been messing about with sound boxes every day for as long as he can remember. Having spent the ‘90s flitting between his day-job as a freelance studio engineer and long weekends under the stars at psychedelic trance parties, the obvious next step, as the millennium turned, was to create music of his own from the jumble of sounds which filled his head. After teaming up with Twisted Records, 2002 saw the release of the acclaimed ‘Hallucinogen In Dub’ album, followed in short order by his first solo effort, ‘Blumenkraft’ in 2003. 2008 saw the release of ‘Skylon’ and in 2011 the album ‘Mir’ was born.A pattern has formed: every four years or so an album coalesces from the chaos, heads out into the world and takes on a life of its own. 2015 was one of those years. Financed by a wildly successful Kickstarter campaign, Ott built a new studio, filled it with vintage sound-creation toys and locked the door, vowing not to emerge until anew record was born. Ott's latest album "Heads" came out in 2022.

Goopsteppa is Montreal raised Producer/Dj/Artist Alex E. Fascinated by music, arts and their effects on people from an early age, he was introduced to Djing and electronic music culture in 2007. After many years of performing as a DJ, he started releasing his own musical creations in the early spring of 2013, making an instant impression on the scene with his blend of futuristic melodic bass music, subversive soundscapes, captivating beats and surreal textures. He currently resides in the snowy mountains of interior BC, spending most his time in his studio or out in the mountains. With a deep passion for music, a heart full of love and inspiration, you can expect to hear many new pieces coming soon.

Living Roots’ sets are an array of flavors that feature worldly spices, sweet and savory grooves, with crunchy beats that will nourish your soul and cleanse your palate. With the addition of didgeridoo, flute and kalimba, he blends together sounds that are new and old, sacred and experimental, fiery and sultry. His dance journeys are always full of uplifting vibes and never seem to go the same way twice. His favorite place to reside is within the rabbit hole of music, jump in and see what kind of adventure you can find. 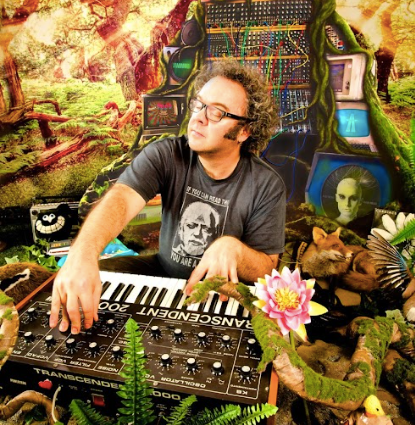