On The Spot Trio ft. Danny Mayer at 118 North

About On The Spot Trio

Founded in 2006 in Santa Cruz, California, On The Spot Trio toured nationally from 2009-2012 before landing on the East Coast when founding members Danny Mayer and Kris Yunker came to play with Soulive’s Alan Evans’s organ trio Playonbrother (Now AE3). Since then, OTS has been a project they’ve both returned to between many other substantial projects over the years. They’ve recently been joined by drummer Andrew Klein who brings a fresh sound to a longstanding and established dynamic.
Guitarist Mayer is usually on the road with his latest project Star Kitchen with The Disco Biscuit’s bassist Marc Brownstein. Before that, he crossed riffs with Eric Krasno in The Eric Krasno Band and fronted The Danny Mayer Trio with Michelangelo Carubba (Tukuaz) and Nate Edgar (The Nth Power).
After a year with Goose, keys/bass player Yunker now fronts The Kris Yunker Trio with featured guests such as Grammy-nominated jazz guitarist Will Bernard, Mike Dillon (The Mike Dillon Band), Jen Durkin (Deep Banana Blackout), Paulie Philippone (West End Blend) and Adrian Tramantano (Kung Fu).
Drummer Andrew Klein, the newest member of OTS, joins the band from Big Mean Sound Machine, which he co founded, toured and recorded with for the band’s near decade-long existence. Klein rounds out the lineup with his unique rhythmic style, incorporating aspects of Afrobeat, jazz, funk, hip-hop, avant-garde, experimental music, and a healthy infusion of improvisation.
Together, OTS brings their versatile sound of psychedelic afrobeat influenced soul-jazz with just a bit of the improvisational jam and boogaloo feels. 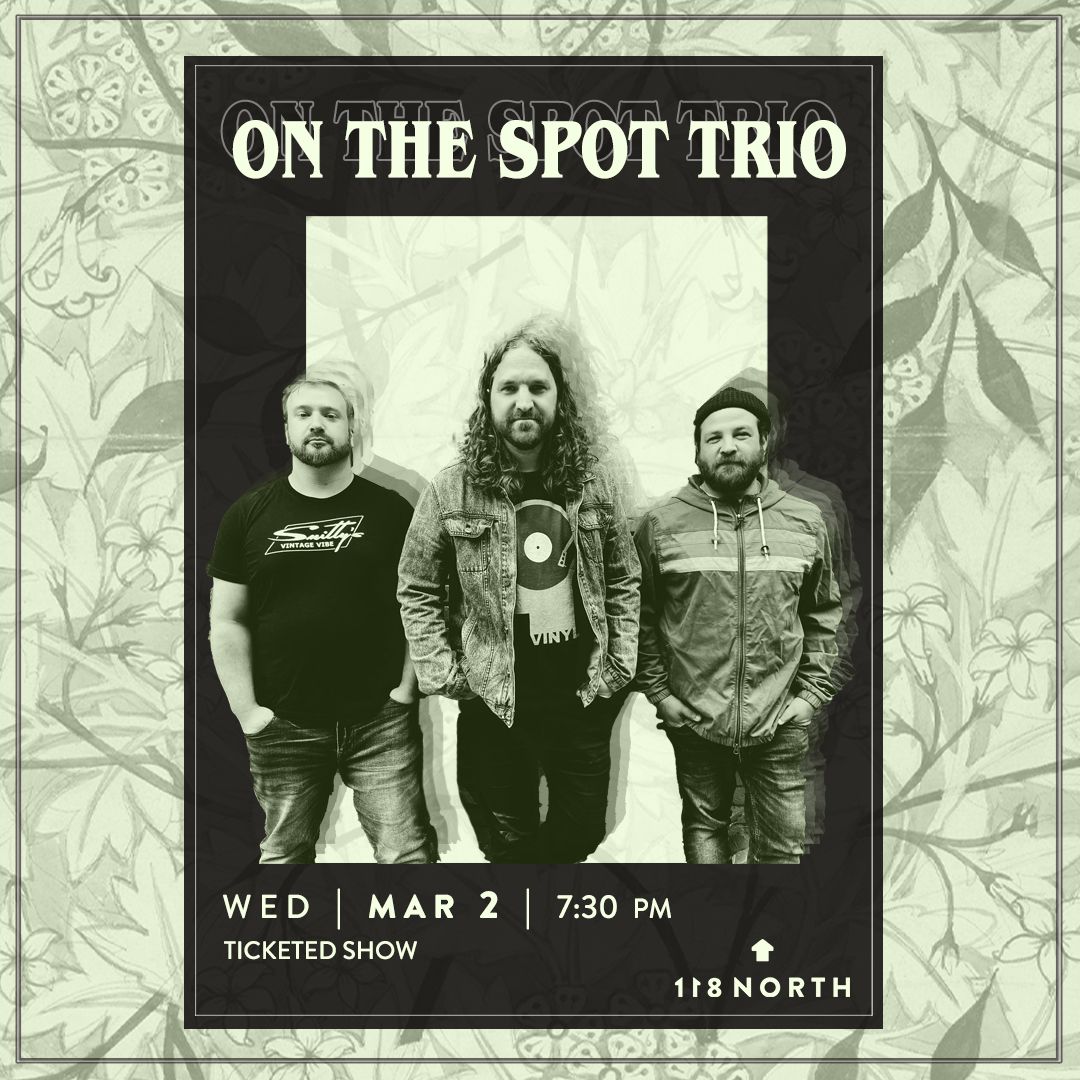 On The Spot Trio