Nu-Mark began DJing at the age of 13 in Los Angeles. Over the course of the last two decades, he has amassed a collection of over 35,000 records and refined his production skills and performance to the point where he is widely recognized as one of the key figures in DJ culture.

As a member of the critically acclaimed, gold-selling Hip-Hop outfit, Jurassic 5, DJ Nu-Mark graced the group with precision production and cutting edge stage routines. Best known for his production on the raw anthem “What’s Golden” such creativity only hinted at the visionary creativity Nu-Mark has explored since Jurassic 5’s breakup in 2006.

To date, Nu-Mark has been featured in the critically acclaimed documentaries“Scratch”, “Keepin Time”, “Coachella: The Movie,” “Rock the Bells – The Documentary” and most recently in Mac Grubber.  He’s also appeared on countless TV Shows with J5, including David Letterman, Conan O’Brien, Jimmy Kimmel and Craig Ferguson.

Cut Chemist has been recording and performing for over twenty years.  He started dj’ing in 1984, at age 11 years old. In 1987 aged 14 Cut started recording with his friends including Chali 2na (Jurassic5). Cut first became known as a founding member of both the rap group Jurassic 5 and the Grammy award winning Latin funk outfit, Ozomatli. Keeping his involvement with both groups in tandem with one another, Cut has developed a taste for music and rhythms from around the world while keeping his ethic for the hip hop tradition. His mix-tapes and remixes became critically acclaimed. His ‘Chemist’ moniker was fully realized with his instrumental, Lesson 6: The Lecture. A musical journey that challenged hip hop production with music theory ideals. Cut also found time to collaborate with DJ Shadow on what would be one of the worlds most sought after mix cd’s, Brainfreeze, soon to be followed by its sequel, Product Placement.

Eventually Cut left both Jurassic 5 and Ozomatli to pursue a solo career, starting with Warner Bros. where he landed his first solo LP,  The Audience’s Listening in July, 2006. The title track was quickly placed for the first Worldwide Apple Nano commercial with Cut performing at all major US and European flagship Apple stores, while the single, “The Garden”became a favorite with taste makers and the single “What’s The Altitude” became one of the most viewed videos on YouTube. 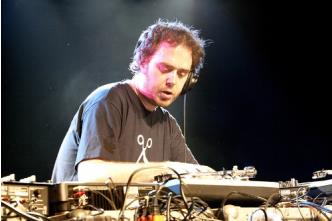