ONEderful is an on again, off again series at Constellation that seeks to present artists and groups in non-traditional ways for the performers. Each night will feature musicians playing short sets with minimal set-ups, allowing for organic & intimate performances to come forth. Artists are encouraged to play original compositions and songs or ideas that are still being developed. As a result, the performers, the audience, and the space become a part of the artists’ creative processes.

Caroline Campbell
Caroline Campbell is a classically trained vocalist and songwriter living and working in Chicago. Having studied opera in college, she brings an elegant and wide vocal range to her piano and electronic ballads, which often tell vivid stories through rich imagery and personal narrative. Her music and performances are often described as entrancing, timeless, powerful, and ethereal. In a large departure and step forward from her previous work, Campbell is currently recording a heavy electronic album inspired by techno, opera, and the underworld.

Chris Dingman: Journeys
Chris Dingman is a vibraphonist and composer known for his distinctive approach to the instrument: sonically rich and expansive, bringing listeners on a journey to a beautiful, transcendent place. Known for his significant work with legendary artists Herbie Hancock and Wayne Shorter as well as next generation visionaries such as Ambrose Akinmusire, Linda May Han Oh, Steve Lehman, Jen Shyu, and many others, Dingman casts an enveloping atmosphere in his captivating solo performances. With layers of sound – soaring melodies, swirling textures, and undulating pedal tones - it’s an immersive listening experience that many have described as transportive and deeply healing. On his journey to becoming a solo artist, Chris documented his improvisations privately for many years, until his world changed. When his father entered hospice care in 2018, he created the 5-hour extended album Peace, recorded as he played it for his father, and ultimately released in 2020. That profoundly emotional experience forced Dingman to re-examine the role that solo performing played in his life and career – imbuing it with an even deeper sense of mission and introspection. His stunning new album journeys vol. 1 features meditative and atmospheric pieces selected from more than a year of solo explorations.
This performance is made possible with the support of Jazz Road, a national initiative of South Arts, which is funded by the Doris Duke Charitable Foundation with additional support from The Andrew W. Mellon Foundation.

Joe Suihkonen
Joe Suihkonen is a Chicago based multi instrumentalist, songwriter, improviser, and educator. With touring credits both national and international, and professional associations with more ensembles than he can count on one hand, his musical practice has a through line that centers kindness and creativity. 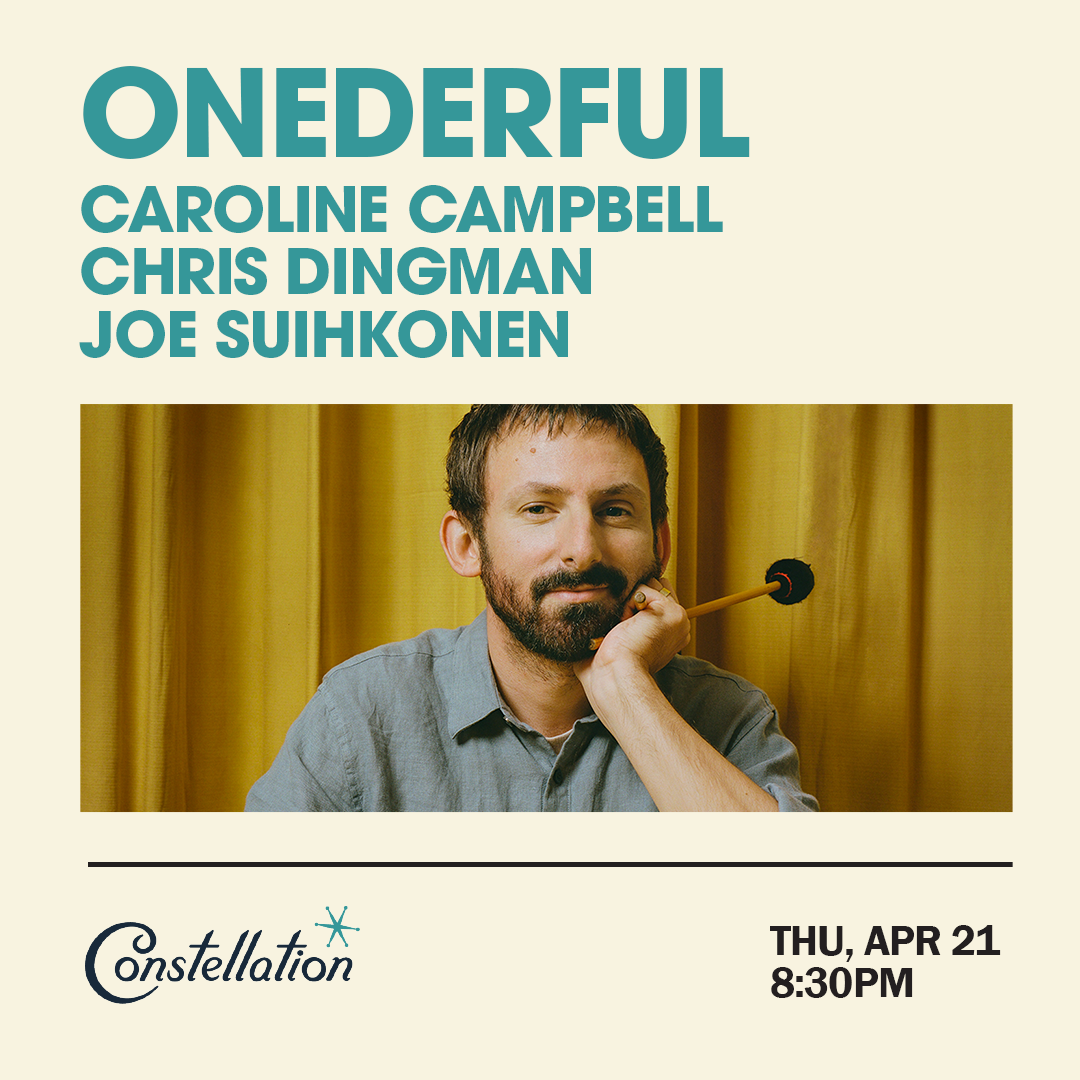