WITH 30+ YEARS IN THE BUSINESS, AND MORE THAN 17 MILLION ALBUMS SOLD WORLDWIDE, NIGHT RANGER HAS PROVEN THEY CAN STILL "ROCK IN AMERICA"!

In 1983, Night Ranger earned widespread acclaim with their multi-platinum album Midnight Madness, which included their smash hits "Sister Christian," "When You Close Your Eyes" and the anthemic "(You Can Still) Rock In America."  Over the years, the band’s music has made notable contributions to and been featured in many different areas of media and popular culture.  Night Ranger’s songs can be heard in the Rock Band and Guitar Hero video games; Rock of Ages hit Broadway musical and film; the Oscar-nominated film Boogie Nights; FOX’s hit TV ShowAmerican Dad; JBL’s “Hear The Truth” campaign; and many more!To date, Night Ranger has sold 17 million units worldwide and boasts several platinum- and gold-certified albums. 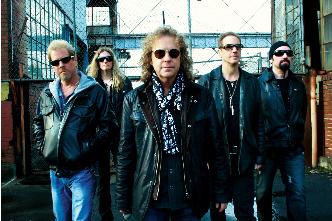