MYSTERIOUS TRAVELER: THE MUSIC OF WEATHER REPORT at THE HAMILTON LIVE - RESERVE YOUR TABLE

Admission is available by the table of 2, 4, or 6. Parties may not exceed the size of the purchased table. No more than one table per party.

MYSTERIOUS TRAVELER; THE MUSIC OF WEATHER REPORT celebrates the groundbreaking band that stood at the top of the jazzfusion explosion that so impacted popular music in the 1970’s and whoseinfluence continues today. Mysterious Traveler is comprised of some of the WashingtonD.C. areas' most accomplished musicians including;

Newmyer Flyer is the 2nd production company fromBandHouse Gigs cofounder RonNewmyer. Previous sold out shows include: The Songs of Burt Bacharach& Hal David, Laurel Canyon: Golden Songs of Los Angeles 1967-73, The LastWaltz Tribute, the Dream Discs album tribute series, The Best of JanisJoplin & Jimi Hendrix,& Time Loves A Hero: A Tribute to Little Feat,Portraits in Soundry among many others. 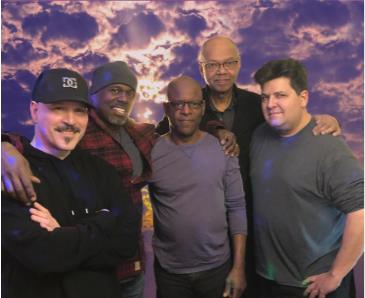 Show Map
View 600 14th St. NW in a larger map
We use cookies to provide you with the best experience possible. By using See Tickets, you accept our cookie policy.
Accept
ftr1:0