Nancy And Beth, the punk/vaudevilleheart-child of two friends, Megan Mullally and Stephanie Hunt, pick dope songsand then sing them while dancing and wearing matching costumes.  They’ve been described by Noel Gallagher as“definitely not bigger than The Beatles.”

With a combination of psychic twinship,childlike enthusiasm, rigorous preparation of songs, and zero preparation ofwhat happens in between, Megan, Stephanie and the five dollfaces who back themup have created a musical outfit that is celebratory, surprising, sweet,tuneful, eye-catching, thought-provoking, and amusing.

Nancy And Beth’s self-titled debut isavailable here on limited white vinyl and on allstreaming services.  Their second LP will be out in 2020, and new music can be heard in the audiobook version of Mullally and Nick Offerman’s New York Times Best Seller, TheGreatest Love Story Ever Told.

Hailed as “the most avant-garde show to playthe Cafe Carlyle in recent memory,” (TheaterMania) and “musical misfits” (NPR AllThings Considered), Nancy And Beth have also wormed their way into theNewport Folk Festival, the Grand Ole Opry, London’s Royal Festival Hall, SolidSound, and many, many other sweet venues in the US and abroad, leavingaudiences with feelings of happiness and contentment not felt after seeingbands like Chick Corea or the Mormon Tabernacle Choir.

In summation, bring yourself and your friendsto see Nancy And Beth (yes, New YorkTimes, the A is capitalized, please try to keep your shit together) and letus entertain you. Bigly.  Like two funnyfairies who can sing and dance.

Lots of love, Megan and Steph

Nancy And Beth is…

Emmy Award-winning actress and musician MeganMullally has appeared on Broadway in revivals of Grease, How toSucceed (opposite Matthew Broderick), and Mel Brook’s Young Frankenstein.  Megan has appeared in Terrence McNally’ssmash Broadway hit It's Only a Play, and starred as the role ofAdelaide opposite Nathan Lane in Carnegie Hall’s celebrated Guys andDolls revival. Television credits includes seven seasons of the EmmyAward-winning Children’s Hospital, Parks and Recreation (asthe Evil Tammy II), Lydia on acclaimed cult favorite Party Down, AuntGayle on Fox’s animated Bob’s Burgers, and Karen Walkeron NBC’s hit sitcom Will & Grace, for which she receivedtwo Emmys, four Screen Actors Guild awards and four Golden Globe nominations. In film,Megan stars opposite Bryan Cranston and James Franco in the hit comedy WhyHim?, and appears in Oh Lucy!, LEMON, The Disaster Artist, and InfinityBaby.  Megan and her husband Nick Offerman have toured the US and UKwith their comedy show Summer of 69: No Apostrophe and released The New York Times best-selling book, The Greatest Love Story Ever Told.

Stephanie Hunt is a musician, songwriter,actress and writer from Austin, Texas.  She’s a founding member of TheGhost Songs with Alex Maas and Christian Bland, members of The BlackAngels.   She’s appeared on Friday Night Lights (NBC), Californication(Showtime), Glee (Fox), in the films Somebody Up There Likes Meand Poorboy and was a regular on How To Live With Your Parents ForThe Rest of Your Life (ABC), and Your Family or Mine (TBS).  Check her out in the Funny or Die Staff Pick, Dalai Lama.

When you arrive at Will Call on the night of the show, seats will be assigned first come first served, from the front of the theatre to the back. If you want to sit closer, be sure to come earlier. 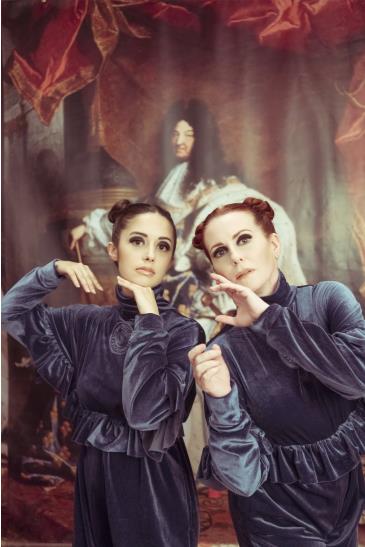