NYE with The Higgs, Matt Michienzie, The Alpine Camp

Processing...
Tickets
Tickets will be available at the door for $40.  Tables may be available, please ask the hostess.

Join us to Ring in the New Year!

Melting faces. Blowing minds. Cerebral jams for the masses.
Named after the elusive Higgs-Boson particle - providing mass for all things in the Universe, and the unification of various forms of energy - The Higgs blur musical boundaries and find a unification between many different genres like rock, jazz, prog, reggae and blues.

Matt Michienzie was born in Boston, MA. Growing up, he was inspired by classic country and blues artists like Johnny Cash, Stevie Ray Vaughan and The Band . Likewise, his style was influenced by more modern blues and jam bands like Dave Matthews Band and Blues Traveler. Throughout his childhood spent in Foxboro, MA, Matt played in various bands and was even in the local orchestra as an upright bass player. An avid fan of country music and bluegrass, Matt emulates an older sound in a modern setting.

Matt will be releasing his new single “Delaware Gap” on November 19,2021. Available for streaming on all platforms.

The band is comprised of bass, drums, guitar, piano, pedal steel and banjo. The Alpine Camp could hang with the bluegrass crowd if it wasn’t for the drummer. You could also expect Gram Parsons to waltz through the door since they can chicken pick with the best. But, at its core, the group is an Americana Roots Rock outfit with pop sensibilities. Their live shows showcase the band’s improvisational prowess and run the gambit from ethereal soundscapes to balls to the wall shredding all framed within the context of the great American songbook. 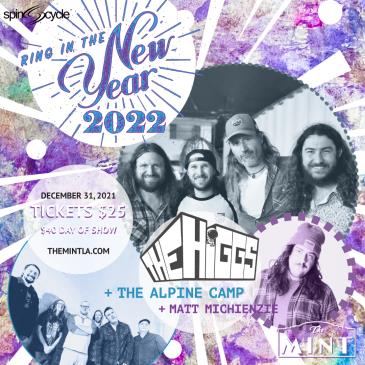