The New York Comedy Festival at The Stand

Josh Johnson, is a standup, writer and performer from Louisiana by way of Chicago. He is currently a writer on The Daily Show with Trevor Noah and has been featured on Kevin Hart’s Hart of the City. Josh was named one of Comedy Central’s ‘Comics to Watch’ in 2015 and one of the Just For Laughs Festival’s ‘New Faces’ in 2016. He is a former writer and performer on The Tonight Show Starring Jimmy Fallon, where he also made his late-night stand-up debut in 2017.
Josh’s stand-up special, as part of The Comedy Lineup, was released on Netflix in 2018. He is currently on the road with his boss, Trevor Noah, as a part of the LOUD & CLEAR Tour. Josh lives in New York and can be seen performing regularly at The Comedy Cellar.
Please arrive 30 minutes prior to check in to guarantee seating. Seats are subject to be released 15 minutes after the show begins. ALL LINEUPS SUBJECT TO CHANGE WITHOUT NOTICE 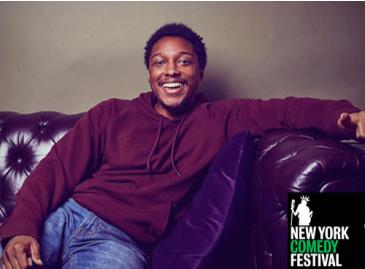