The artists will be performing in the round, sharing stripped down acoustic versions of their songs and telling some of the stories that inspired them.

Unruly Mane was formed in 2015 by married duo Leea Scarola and Steven Scarola, who were inspired to make music that honored their Irish and Italian roots. That sentiment birthed their first EP entitled Roots which combines boot-stomping sing-a-longs with tales of bravery, heartbreak, love, and perseverance. Building off their diverse musical backgrounds, Steve and Leea have combined their love of rock, pop, and folk to create the signature sound of Unruly Mane. Steve Scarola began his songwriting journey as lead guitarist and songwriter for the critically acclaimed pop-rock band, Push Play. Steve co-wrote Midnight Romeo which got national radio play and reached #17 on the top 40 charts in 2009. After playing with Push Play for 5 years, Steve went to Fordham University where he met his now-wife, Leea, and together they formed La La Lush. La La Lush grew a strong cult following at Fordham and across NYC, leading them to sell out venues like Bowery Ballroom, share bills with Grouplove, appear at music festivals like SXSW, and get a feature spot in GEICO's Indie Across America Campaign. After gaining a loyal fanbase from years of live shows in New York City, Unruly Mane has expanded their reach globally, having performed in Kenya, Ireland, and Canada. In 2020, Unruly Mane worked tirelessly in the studio with engineer Skylar Adler (of The Sound Is Fine and The Nico Blues), with plans to release various singles throughout 2021.

Andrew Pierson is a songwriter, vocalist and rhythm guitarist in the folk rock band Mountain Laurel, the oft told tale of a college cover band turned indie rock group. In the fall of 2014, the band began playing bars and rooftop parties alike in their beloved Bronx, New York as a cover band called Seabass and the Fellas. After graduating, the group stuck together to continue playing shows in the New York City metro area, and embarked on their foray into original music in the Fall of 2020 with the release of their debut single, The Weather. Informed by Phish and Dave Matthews Band shows at the Hartford Meadows, classic rock on FM radio’s 95.9 the Fox, and their parents’ Stevie Wonder and Fleetwood Mac records, Mountain Laurel’s sound transcends the typical indie rock genre to include influences of folk, jazz, rock, pop, and country music.

Recently turning 21, Sarah Gross has been transforming audiences with her original music and unique sound. Sarah is not only a songwriter and vocalist, but also has a passion for recording and producing her own music as well as others. Though young, Sarah's love for performing and collaborating with other musicians has been a driving force in her life. Now, Sarah has just released her album “Songs from the Passenger Seat” and plans to release more music this fall. Overall, Sarah’s music is grounded in folk, but has evolved to include elements of jazz, funk, rock, and soul. Though she draws from various influences, her goals remain centered: to create music that compels you to move, and to empower you to shatter glass ceilings. 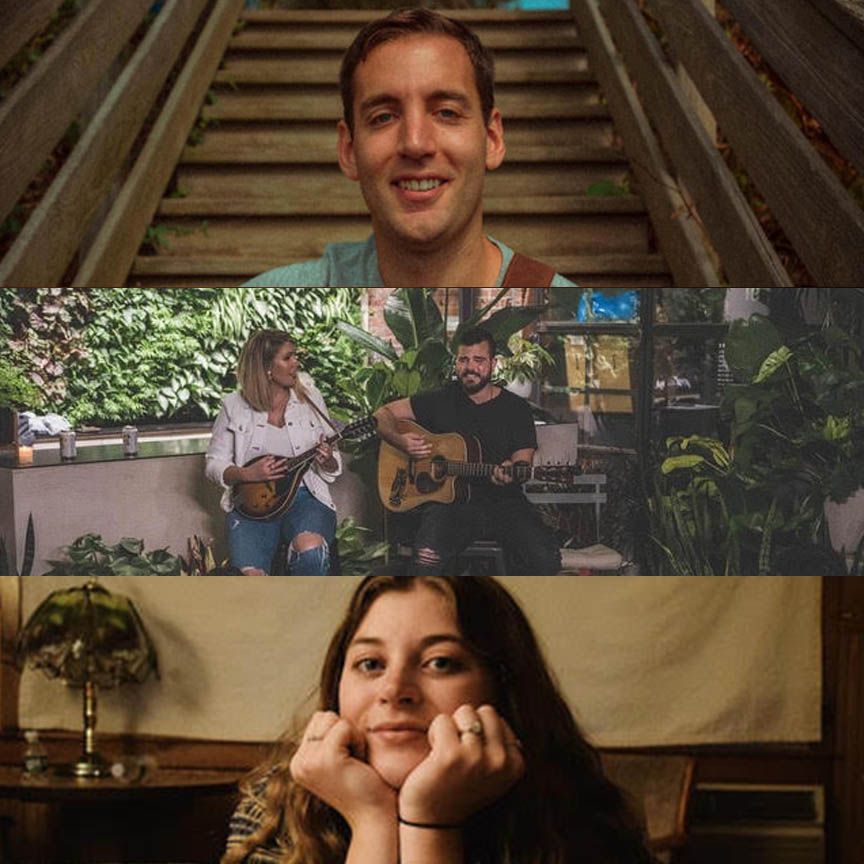