Drawing from a wellspring of country and back alley rock-and-roll, Feed The Kitty cultivates a bounty of neo-retro Southern California sounds; rich in singer-songwriter tradition, modest lament, and polished musicianship.  Girded by the ever-accumulating experience of thousands of live performances, the formidable trio of Jack Maher Jr. (vocals and guitar), Jed Mottley (bass), and Jon Shumway (drums) continues to extend their reputation for magnetic concert appearances, empowered with an encyclopedic knowledge of music and genuine self-effacing humor.  While these hallmarks still provide a foundational element for the band’s fourth studio set, Ain’t Dead Yet, more prevalent this time around, though, is a matured, reflective approach; introspective, and even, at times, haunting.

Backed by their countless appearances, the self-managed SoCal group boasts, with faux-confidence, a spot in the Top Ten of “Most Shows Ever Played by a Rock Band” (offset, naturally, with an immediate disclaimer: “You know, probably.”).  In fact, this is an ensemble that averages 300 shows a year ranging from local haunts in Hollywood to famed venues in the Big Apple, across the European continent, and anywhere in between.

Surviving the creative gauntlet of the Los Angeles/Orange County industry grind, Feed the Kitty has persevered, with their singles dotting playlists on 88.5 FM, K-EARTH 101, and the world-renowned 95.5 KLOS radio in Southern California (including an October 2018 “Stay or Go” segment of the Frosty, Heidi and Frank Show on KLOS, during which morning listeners voted to let our heroes ‘stay.’)

“Whenever I play California Country Girl I can count on listener response,” says 88.5 FM deejay Jim Nelson. “Feed The Kitty sounds great on the air.”

And, in the three minutes a week that they are not playing a gig or recording an album, this is a group that’s busy making mini documentaries (well, okay, just one; it’s called Feed The Kitty: The Movie and it’s a lot of fun) or placing songs in films and TV shows, including in the Oscar-nominated, Ryan Gossling vehicle Lars And The Real Girl, or National Lampoon’s Cattle Call, or a live appearance on Fox-11 TV’s Good Day LA morning program, as well as on the police drama, Rogue; the latter utilizing three Feed The Kitty cuts for its soundtrack.

And, because sleep apparently isn’t necessary when you’re young, handsome, and in the self-described ‘hardest-working band ever,’ while ensuring that Feed The Kitty’s music is available on iTunes and everywhere music, and continuing to appear on stages anywhere and everywhere seemingly all the damn time, Jed and Jack Jr. also host the popular Feed The Kitty Power Hour podcast, always making certain to keep that kitty well-fed.

Playing very few shows in 2020 because of the pandemic, Feed The Kitty focused on writing songs for their next album “Lost & Found” and will be tracking at Studio 606 with producer John Lousteau in 2021. 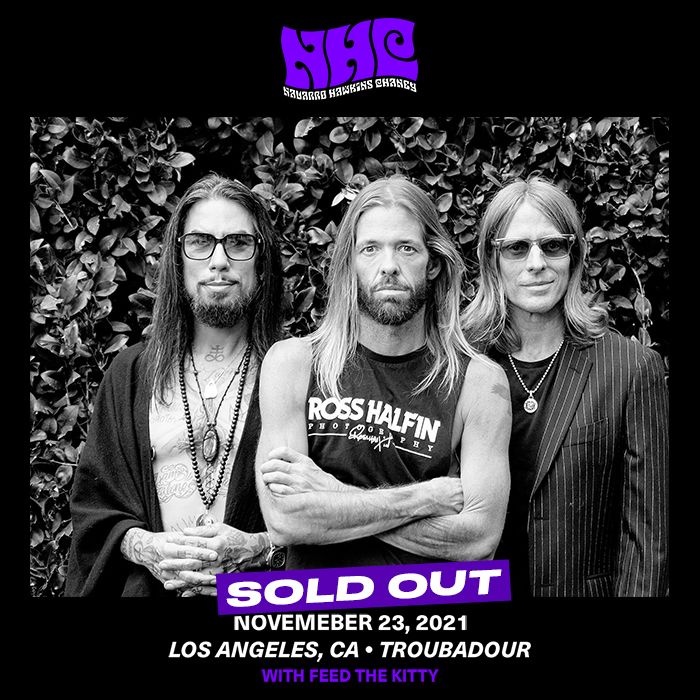