BRIEF BIOGRAPHY
Forming in 1997, Blitzkid were crucial in the development and spread of the style of music that came to be known as horrorpunk, and remains one of its leading exponents.  The band is led by singer/bassist- Argyle Goolsby and singer/guitarist- TB Monstrosity.  Since their inception, Blitzkid has released 7 indie and major-label studio albums, has appeared on numerous compilations, and toured extensively both nationally and internationally. 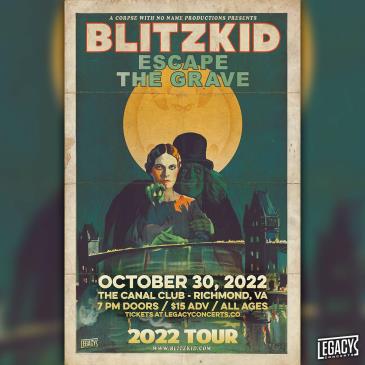