NCCF - Astronomy Club and Friends: It's in the Stars - 9PM

Have you ever had a moment that felt destined? A coincidence too big to be an accident, that it must have been written… in the stars?? Astronomy Club will reveal the meaning behind it all, by taking these serendipitous moments from audience stories to create a very funny (and maybe fateful) fully improvised evening of comedy.

Astronomy Club is a bi-coastal based improv and sketch comedy group. Their six-episode self-titled Netflix series produced by Kenya Barris and Dan Powell debuted in 2019 to stellar reviews from Variety, Vulture and Rotten Tomatoes.

Forming in 2014, the team later became the first all-black house team at the Upright Citizen Brigade Theatre. After building a cult following through live performance in New York, the group was named NYCF Comedy Central Comics to Watch in 2016. 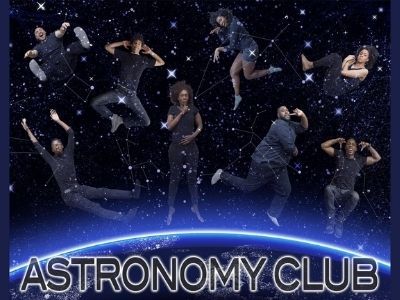