Movements at The Canal Club

Legacy Concerts at The Canal Club

Reflecting personal changes from a whirlwind five years, Movements realize the full scope of their storytelling, musicianship, and vision on their second full-length album, No Good Left To Give [Fearless Records]. Not only does the music address the emotional push-and-pull of relationships, but it also explores loss, love, mental health, and even intimacy through a prism of newfound clarity soundtracked by post-punk grit, alternative expanse, heartfelt spoken word, expensive rock, and subtle pop ambition. The Southern California quartet—Patrick Miranda [vocals], Ira George [guitar], Spencer York [drums], and Austin Cressey [bass]—quietly worked towards this moment since forming in 2015. Following the 2016 EP Outgrown Things, the group cemented a singular sound on their 2017 full-length debut, Feel Something. Eclipsing 40 million total streams by 2020, it immediately connected by way of “Daylilly” [11.1 million Spotify streams], “Full Circle” [6.1 million Spotify streams], and “Colorblind” [5.5 million Spotify streams]. Along the way, the four-piece received acclaim from Brooklyn Vegan, AXS, Rock Sound, Culture Collide, and more. In between packing shows worldwide, they joined forces with Alzheimer’s Association for the “Deadly Dull” video and covered “Losing My Religion” by R.E.M. for the Songs that Saved My Life compilation. Recorded with longtime producer and frequent collaborator Will Yip [Title Fight, Turnover], they introduce this chapter with spectral and soaring “Ghost” and unassumingly intimate “Skin To Skin,” among other anthems. 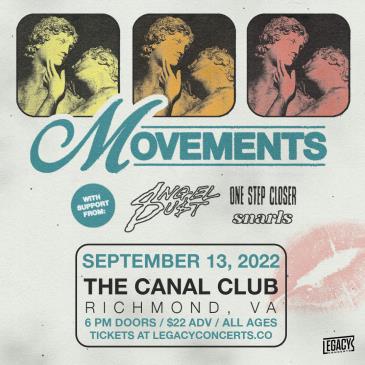