with THE BENTOS, + JOOKBOX CITY

From 1961 to 1971, Motown record label produced 110 top 10 Billboard hits. Their repertoire of artists included Diana Ross & The Supremes, The Jackson 5, Stevie Wonder, and Marvin Gaye.  It is this distinctly soulful and pop sound that we will be paying tribute by pulling together a 9-piece SUPER BAND complete with keys, back-up singers and a brass horn section.  Honolulu's soul singers including  Devon Williams, Big Mox (The Bentos), Erin Smith (The Throwdowns), Jason Laeha, Candy Diaz, Kahnma K (JookBox City), Kasi Nunes (Kings of Spade), Erika Elona, Melodie Soul (Blue Light Funk Band), Kevin Jones (Desert Sea) & Stephanie Kong (Beauty & The Beard) will be singing classic hits like "My Girl," "Heard It Through The Grapevine," "Superstition," "Shotgun," and "You've Really Got A Hold On Me."

With the help of a successful Kickstarter campaign, KINGS OF SPADE, a high-energy, foot-stomping, shameless dancing Blues-RocknRoll act from Hawaii finished their second studio album.  Recorded in Nashville by Grammy nominated producer Dave Cobb, their new self-titled album will be available on Itunes, Cd Baby, and all other online retailers on February 14th, 2014.  They will tour the album in March on a tour that stretches from Los Angeles to Austin with the very first stop at the House of Blues on the Sunset Strip on March 1st. 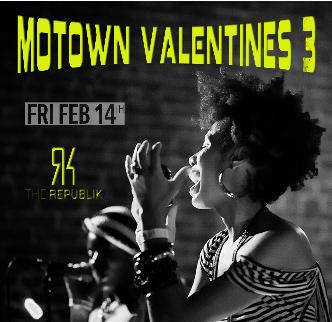