emily, khaya, and leah met at a new year’s party on the lower east side in new york city. their debut album, aptly named ‘i met my band at a new year’s party’, draws upon themes of youth, heartbreak, and the quiet power behind vulnerability. it features infectious hooks, virtuosic synth lines, and unique drum melodies. the producer, khaya, takes inspiration from acts like Chairlift, Charlie XCX, Grimes, and St. Vincent; and feels a deep connection to the soundscape she’s created for each of the songs.  this band is sheer, unadulterated energy. the connection between them is undeniable, and actually palpable in the air when they perform. since meeting on new year’s of 2019, they have played countless sweaty, intense shows all around Brooklyn, Manhattan, the east coast, and were touring in the south on the way to SXSW when the pandemic hit. the purpose of their shows is to create a moment, to hone the magic that happens between audience and performer when music is going on. it is cathartic, exhilarating, and intimate. plus, leah falls in love with someone in the audience at every show, which adds an element of surprise.

Created in 2020, a bandemic if you will, Blue Yonder formed during the Covid Lockdown out of musical necessity. Dj O'loane (producer, lead guitar, bass, backup vocals) and Lena Fjortoft (vocals, guitar, songwriter) met in 2014 at college orientation in New Orleans and bonded over bands such as Yes, Love and Graham Parsons. Six years later, they found themselves, alone again, in New York City in the midst of a global pandemic and created unique, psychedelic, country sound. Dalton Patton, prolific drummer and friend, joined shortly after and the rest is history. Joined by Kelsea Feder on keys and David Theisen on bass and ready to rock and roll.

Pillow Cry formed in Summer 2020 with a power couple turned inevitable musical lovebrainchild featuring Olivia De Salvo on vocals and Sean O'Hara on guitar. They began by working on minimal covers of songs they liked by artists such as Julie London, My Bloody Valentine, Lee Wiley, and The Mars Volta. Starting out by playing music for the appreciation of the music they both enjoyed, they soon developed a musical style that is entirely their own. Pillow Cry's first album, 'The Undying Loyalty of Dogs' was written in ways that convey a certain duality between anguish and tenderness. The songs play out like old love letters written on napkins that you held onto for some reason. It has been described as haunting and intimate portrayals of honesty, all wrapped in the form of simple pop songs they recorded with an old broken tape recorder. 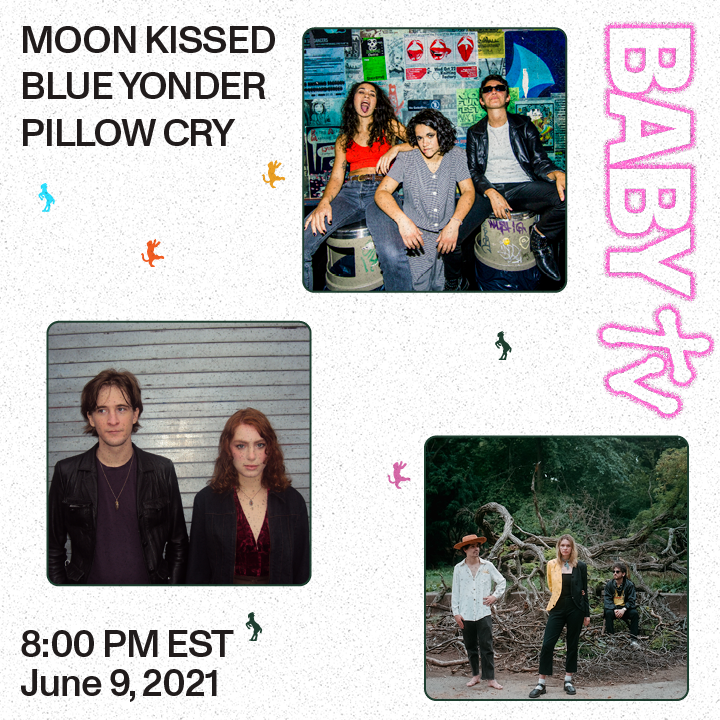