BAMP Project, Goldenvoice at The Republik

Momoiro Clover Z is an all girl band featuring Kanako Momota, Shiori Tamai, Ayaka Sasaki, Momoka Ariyasu and Reni Takagi and they started their career in 2008.

“Ikuze! Kaitou Shoujo”, released in 2010 marked No. 1 on the Oricon daily chart, which is just like the Billboard Chart and they immersed themselves in the Japanese music scene.

They have collaborated with various cultural events, such as anime, the Rock, professional wrestling and more and they have established their unique status. Their collaboration with anime is especially strong and they have been in charge of the main theme for “Pokemon: Best Wishes”, “Bodacious Space Pirates”, “Joshiraku” and “Dragon Crisis” and so on. 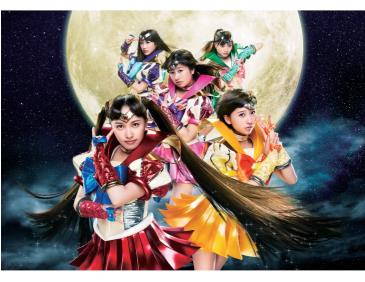