Processing...
Tickets
Tickets will be available at the door for $15

Originally from the SF Bay Area, Molly Kruse is a country/Americana singer/songwriter who fuses incisive lyricism with clever songwriting and stunning melodic lines. In 2014, she got her first big break by meeting Glen Ballard (Alanis Morisette, Katy Perry) and Randy Kerber (Titanic, How to Train Your Dragon, La La Land), the latter of which she wrote 3 songs with for her debut EP. In 2018, she recorded her debut EP with some of LA's finest session musicians and released it to critical acclaim. In 2020, she formed a working partnership with hit country songwriter, Steve Seskin (Reba McEntire, Tim McGraw, Alabama) with whom she re-worked her sound and wrote several songs for her upcoming projects. She looks forward to recording her new album with Andrija Tokic (Alabama Shakes) in Nashville in the summer of 2022 and is ecstatic to share the Mint stage with other incredible singer-songwriters on 5/13!
https://www.mollykruse.com/
https://www.instagram.com/mollykrusemusic/
https://www.youtube.com/channel/UCPsuj74rCEytXq3pq2aGMnA
Amanda Cecilee

Amanda Cecilee, SoCal based original artist, embodies the sweet soft vocals of Billie Elish with a smart mouth writing style of Olivia Rodirigo. In July 2021 she had her original artist debut featuring her single, “Sad Sunsets.” She is excited to release new music this year and have her live debut in 2021.

Kendra Celise is a singer/songwriter and audio engineer from the Los Angeles area.  Her music is reminiscent of artists from the 1970s such as Joni Mitchell, Dolly Parton, Stevie Nicks, and Linda Ronstadt as well as modern artists like Taylor Swift and Kacey Musgraves.  Her smart lyricism and acoustic guitar playing have been the backbone of her musical style since she started writing original material at the age of 13.  She is also the owner of Celise Sound, a recording studio in Covina.
www.Facebook.com/kendracelise
www.Instagram.com/kendracelise
www.YouTube.com/user/kendracelise 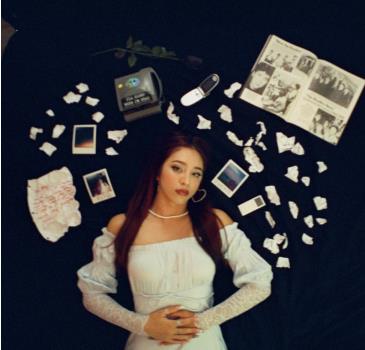