Baby's All Right - Brooklyn , Back

Mindchatter is the project of singer, songwriter, and producer Bryce Connolly. After launching the project in 2019, Mindchatter quickly gained recognition for his genre-defying productions infused with elements of electronic, indie, singer-songwriter, and hip-hop. His lyrics often address the human condition and speak to the chatter in our minds.
After earning praise from tastemakers such as Pete Tong on BBC Radio 1, French electronic duo Polo & Pan invited Mindchatter to support their Caravelle tour where he debuted his live show.
Mindchatter released his debut album Imaginary Audience last year on Mind Of A Genius Records. 2021 has seen him drop a remix pack for Imaginary Audience in addition to his own remixes for the likes of Kasbo and Tchami. On July 23rd, his first new single of the year "Here I Go Again" drops, kicking off the next phase of original music.

Baby's All Right - Brooklyn, Back 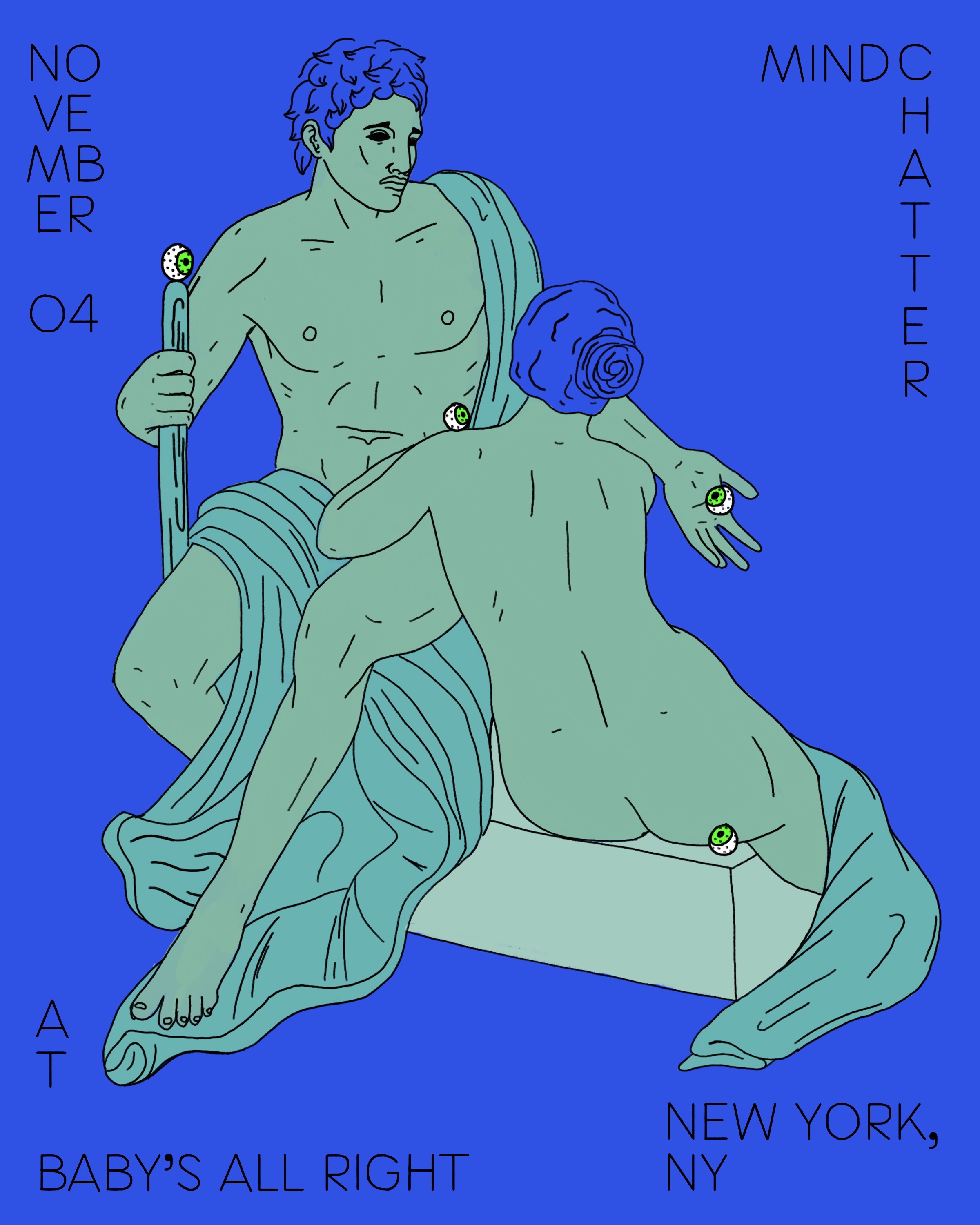