There's Always a Story represents a new chapter for Midnight North. Ten stories told through song on their most polished album to date.

Reflecting on the time since their origin, Midnight North is ready to tell the world its story. A group of multi-instrumentalists with songwriting roots in Folk and Americana, Midnight North is a mainstay on the stages of the national touring circuit. Rolling Stone hailed Midnight North as the “Best New Act” in its review of 2018’s Peach Music Festival saying the band “takes the best parts of roots music and weaves them into a tapestry of rock and Americana.”

Grahame Lesh, Elliott Peck, & Connor O’Sullivan began playing together in San Francisco. In early 2012 they played their first show as Grahame Lesh & Friends. Grahame & Elliott both brought a repertoire of original music to this new project that was a perfect marriage once the band began performing in earnest. In late 2012 the band went into the studio for the first time, tracking the entirety of their debut album End of the Night in just 2 days. End of the Night (mixed & produced by Connor) was released in June 2013 as they officially debuted the name Midnight North.

The band began touring in June 2015, with the release of their second album Scarlet Skies. That began a five year run as a touring band, playing in 36 states in front of thousands of people across the country. They released Under the Lights, their most successful studio album to date, in summer 2017. “Across all of the tracks, when you think you have the band pegged for a style or a genre, all of a sudden a chorus, or a new solo or new instrument altogether, diverts the music boldly but smartly to a new sound and feel,” said The Poke Around in their review of Under the Lights. They also released two live albums including 2018’s Selections From the Great American Music Hall which featured Bob Weir & Phil Lesh of the Grateful Dead plus members of Twiddle as special guests.

A pivotal moment for the band came when Grahame met drummer Nathan Graham at a benefit show in Philadelphia in 2016. A month later Nathan sat in with the band for a show, eventually joining the band for their longest tour to date in the Spring of 2017. Bringing on the well seasoned drummer as a full-time member of the band (and learning about his banjo playing, singing, and song-writing skills) represented the next step forward as plans were made to record their fourth studio album.

In January 2020, the band went into a California studio with producer David Simon-Baker to craft their fourth studio album, There's Always a Story, released in 2021 on Americana Vibes. As the world shut down in March and the band quarantined separately around the country, the album was finished remotely in California and Pennsylvania. As the months ticked by they let the rest of the newly written & recorded songs sink into their consciousness so that when work resumed on the album in June the entire album became even better than they could have hoped.

2022 and beyond is a new beginning, and while Midnight North longingly looks ahead, hand-in-hand with the rest of the world, There’s Always a Story will serve as a collective and reflective narrative.

COVID GUIDELINES AS OF DECEMBER 9 2021

In response to the rise of the Omicron variant, The T Rex Theater will continue to require proof of vaccination via an immunization record card (or a high-quality image of it) and a matching photo ID. Please make sure you were vaccinated two weeks prior to the event.

Additionally, per Essex township mandate, we will require that you wear a mask when not actively eating or drinking.

The safety of you, the artists, and our team is our number one priority - with live music being a close number two. We've been sure to disinfect the T Rex between each use and provide hand sanitizer in and around our facility, and we've also installed the highest-quality air filters in the six HVAC units that ventilate the interior of The T Rex Theater. The state of Vermont has done a phenomenal job at getting vaccinated, so we hope this new policy won't prevent too many people from joining us. If it does preclude you from enjoying our indoor entertainment, we encourage you to get a shot and join us for a show! Guests with a medical exception or young children must contact us one week before your event.

The Double E Performance Center is home to The T Rex Theater - a 400 seat multipurpose events space that hosts blockbuster movies, the best-sounding concerts, engaging speaking events, live-streamed programs, and private rentals as well! This is a general admission seated show in the T Rex Theater - seats are first-come, first-served. Our theater is outfitted with plush reclining chairs featuring cupholders that make for the most comfortable concert-going experience in Vermont.

Located on the campus that used to be known as The Essex Outlets and Cinema, The Essex Experience is an effort to reclaim retail spaces and turn them into cultural centers. You can spend a whole day here with Black Flannel Brewery, Black Flannel Distillery, Magic Man Cannabis Cafe, Sukho Thai, Uncommon Coffee, Arthound Gallery, The Mad Taco, The Double E Performance Center, Essex Cinemas, and so much more.

Our venue is completely ADA Accessible. Row H features wheelchair-accessible space, as well as accessible seating. If special accommodations will make your visit more comfortable, please reach out to us at Info@DoubleEVermont.Com 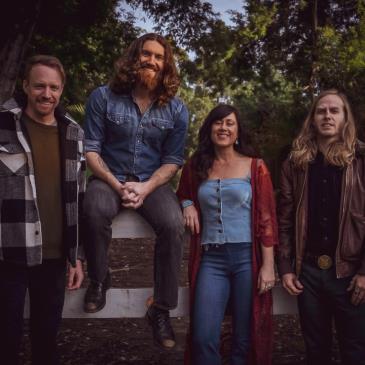