Mice Parade was originally the solo project of New Yorker AdamPierce, who has also played in Swirlies, The Dylan Group, HiM, Múm, andPhilistines Jr.

2001 saw the release of a third album, ‘Mokoondi’, which markeda shift in the Mice Parade sound, including the increased influence of Easternharmonics and African beats, and the formation of a proper band of musicians.What started out as a studio project has since developed into a full touringband, based around a two-drumkit rhythm section, with HiM’s Doug Scharin on theother kit. Also in accompaniment are vibes, violin, classical guitar, rhodes pianoand old synths, and a variety of acoustic / world instruments, forging MiceParade into a seriously talented, energetic live unit.

'Focus On The Rollercoaster' was released in December 2003,followed sharply by the LP, 'Obrigado Suadade', the following month. Thisalbum, Mice Parade's third for FatCat, saw the band moving into poppier, moreaccessible terrain, with Pierce introducing full vocals for the first time,including contributions on several tracks by Kristin from múm. The subsequentLP, 'Bem-Vinda Vontade' expanded this theme, albeit with more sonic emphasis onFX driven indie-rock guitars.

Featuring guest vocals from Letitia Sadier and KristinValtisdóttir, Mice Parade's June 2007 eponymous offering, could be seen as arefined take on the ground made over the previous two, merging folk-tingedelectronica with the ‘Loveless’ era swoon of My Bloody Valentine, the rhythmicsubtlety of Can, and the opaque melodic experiments of Brian Eno. Yet as ever,Mice Parade’s sound is essentially modern, informed by an esoteric palette,retaining a familiar acoustic presence via an uncliched take on folk/worldinfluences.

Mice Parade released a new album - the frolicking, giddy-paced andcritically acclaimed 'What It Means To Be Left-Handed' - in September 2010,followed by an extensive tour of the UK and Europe. 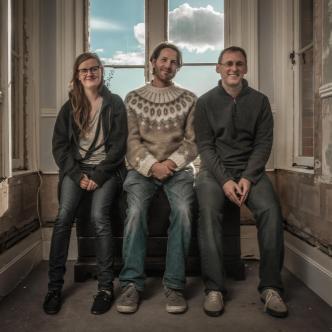