MEÏA Santiago releases ‘Stoop n ° 6’, her first EP since she moved to New York City some years ago from Barcelona, Spain.

Meïa landed in New York as a result of a scholarship and an award for her song ‘Be gentle my love’, from her previous EP ‘Mülzien 25’, produced by Dani Vega, guitarist for the catalan prestigious pop-rock band Mishima.

She co-wrote this song with the Grammy awarded composer Itaal Shur and Kelsey Warren, who has worked on the arrangements and production of 'Stoop n°6'. The EP is sponsored by the UK/USA management Paradise Hill Productions.

Before moving to the United States;

Meïa released an EP; ‘Mülzien 25’ and an album; ‘Lighthouse’ with the spanish record label ‘Picap’ with whom she was signed by that time.

Meïa co-produced the EP ‘Mülzien 25’, which included the song ‘Be gentle my Love'

This song gave her the opportunity to move to New York City as it was awarded by the monthly film festival ‘Aphrodite Film Awards New York City’ in the Category of Best piece of music, in 2018.

Also that same year her music video Beyond the Angle of Horror (in remembrance of Leila Alaoui, photojournalist killed in a terrorist attack) was awarded by Pinnacle Film Awards in California.

Meïa has joined Paradise Hill Productions, founded by Aaron Casserley Stewart, singer of the Grammy awarded American band ‘Sounds Of Blackness’. Among artists like Matt Hoy from UB40 or Malcolm Joseph, Grace Jones’ bassist, Meïa Santiago is releasing her new EP and preparing a new project with the management.

'Stoop n°6' is released on October 8th and for this special musical evening Meïa will be accompanied by Leo Genovese on piano and Amanda Ruzza on bass. The trio will offer a repertoire that merges pop, jazz, latin with a special folklore homage to spanish poet Lorca. 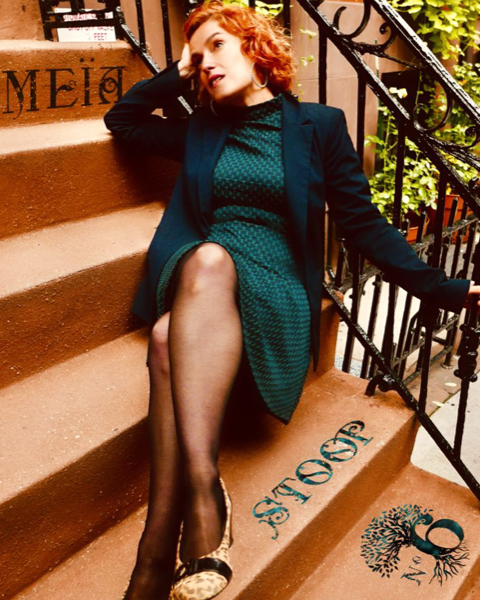