Hall Doors open 7:00 pm All ages accompanied by an adult

Matisyahu first made a name for himself with his album Live at Stubbs,  and Youth quickly followed.  Both albums subsequently went Gold and Youth was nominated for a Grammy Award for Best Reggae Album. 2009¹s Light reached #1 on the Reggae Albums chart and stayed in the top spot for 34 weeks. His fourth studio album, Spark Seeker, also debuted at #1 on the Reggae chart, marked his relocation from Brooklyn to Los Angeles and found him working with Dr. Luke protégé KoOoL Kojak.

Akeda (out June 3rd), Matisyahu's fifth studio, was recorded in Brooklyn¹s Studio G and produced by Dub Trio¹s Stu Brooks.  The material for the album was written both in Matisyahu¹s Los Angeles home and while on tour.  Matisyahu states, ³This record and period of my life deal with madness, listening for and following the inner intuitive voice, a small still sound.  This record deals with love, with feelings of brokenness and humility, with humanity, struggle, and sacrifice.²

STEEL PULSE may have explored various styles of music since they started out in 1975, but when it comes to the message, the UK’s Grammy – Winning reggae band has remained close to their roots. The Group have continued their commitment to fighting injustice, educating the masses, and promoting positive messages through spiritually uplifting music.
“We just can’t ignore the politics, because every life and soul that’s born on this earth is a political manoeuvre for someone, at some stage”, Hinds explains. “From a spiritual aspect, it’s really an upliftment through facing reality – what’s out there. We deal with positive spirits. It means putting aside the guns, the drugs and all of the things that are ailments of society – especially the black communities right now”.
STEEL PULSE have always taken their causes to heart, filing a $1 million class action lawsuit against New York City’s Taxi & Limousine Commission. The group charged that cabbies refused to pick up blacks and Rastafarians throughout the streets of New York. 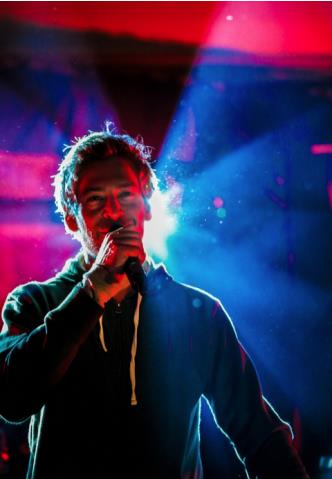